Emerging generation must focus on the future 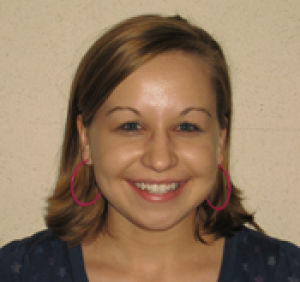 Nicole Stejskal
Like many Americans, the current state of affairs in our nation has sparked my concern about the future of our country. With all of the problems our nation’s leaders are currently struggling to solve, questions continue to arise for me about why these issues keep occurring and what we’re doing to finally fix them.
I spent this past weekend in Washington, D.C. at a conference focused on leadership, and my time spent in our nation’s capital gave me a different perspective on the situation – a view that many people in our generation fail to see. I know that we’ve all heard it before – family members, teachers or mentors encourage us to do great things because “we are the future” and “we have the power to change the world.” And if you’re anything like me, you’ve entertained the thought for a couple of minutes before dismissing it, thinking there was no way you could possibly impact the world any time in the near future.
I also never thought that a weekend, and in particular a dinner conversation, could change my views about any serious topic concerning myself and my future. However, I was very wrong.
I spent last Saturday evening sharing dinner and conversation with two Senate committee members. One of the members, Michelle, worked for the appropriations committee, which delegates federal money to foreign countries. The fact that she’s only in her early thirties was surprising enough, but what shocked me even more was that she had already spent seven years working at the capitol, meaning she had started shortly after college.
Michelle went on to talk about her first time visiting the capitol before she started her first job. After spending some time in that environment, she realized how many young people were working there and asked why they had so many interns working for them. She was in turn surprised to find that many of those people she saw were actually full-time employees, not interns. After the discussion in that conversation and a weekend spent with national student leaders,
I realized just how much power and importance we really have in our world today. Many of the people I met and heard speak were members of our generation who are making an impact right now. And it’s not until you actually see these people in action that you can really understand the ways you may be able to make that difference, too.
While the problems in our nation may be caused by previous generations, we have to face the reality of what we’ve been given and step up to the challenges our nation faces. We really are the future, and we are the ones making the decisions for our nation right now. I encourage you to find the way you can make a difference. I encourage you to be the future.
Delete Image
Align Left
Align Center
Align Right
Align Left
Align Center
Delete Heading