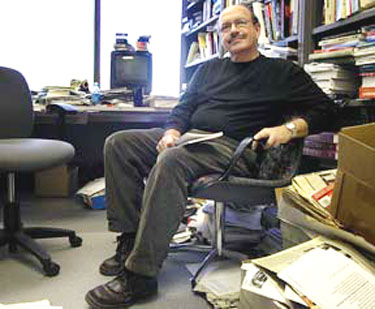 Throwing tore up newspaper in the air during player introductions, the twelfth man, singing the fight song to fans after the game and midnight madness all across the country bring students together through athletics.

Students can be drawn to a university through its tradition. These traditions are typically long-standing; some are known by the entire country, while others are kept within the student body. Traditions create culture across these campuses that give students a place of belonging.

So why do students attend Washburn? Is it because of the campus culture and traditions? Sure, the campus is beautiful, with nice facilities and small classes. But is there one tradition that every student knows about? As Washburn has become a more traditional college to attend, traditions haven’t been started, and if they have, they haven’t stuck.

Washburn being geographically located between the University of Kansas and Kansas State University makes it hard to start such a campus culture. Both of those schools are full of tradition and the culture is vibrant. With the majority of Washburn students being from Kansas, they are usually raised as a Wildcat or Jayhawk fan, not an Ichabod fan. Sometimes this can make it hard to establish school pride.

Kelci Wigger, a senior who has attended Washburn her entire college career, said she was raised a die-hard KU fan and that is still one of her passions. “I am definitely a WU fan, but I still love KU. I go to our home games and stuff but if I have a chance to go to KU, I will do that,” she said.

Students’ allegiance to other Kansas schools may never change, but when students get here, there isn’t a big push toward school spirit. The tour students take during their first visit, doesn’t provide much information about the accomplishments of WU alumni. People like former United States senator, Bob Dole who graduated from Washburn Law School.

There is also a Nobel Prize winner who attended Washburn, a huge attribute to the university.

“We need to highlight all of the great things past Washburn students have done to show how great of a school this is. Showing off our school is the goal,” said Chorba.

Doing this is harder than one may think. There needs to be support from people outside the campus. Although Washburn is located in the middle of Topeka, it doesn’t seem to be a focal point. The bars around Topeka are covered in Jayhawk, Wildcat and even Nebraska Cornhusker memorabilia, but very little of Washburn is displayed. Getting local companies on Washburn’s side is a starting point.

“We really need to work on publicity of events,” said Nicole Perkuhn, a junior business student and homecoming committee chair. “All of the students living on campus are well informed, but we should do a better job at letting the student body know of student events.”

WSGA president Garrett Love and vice president Caley Onek have made it one of their goals to improve the campus culture by improving school spirit. One of the traditions they are trying to bring back is the Gong Show. The show is planned for this Friday night at 10 p.m. in Lee Arena. The show consists of coaches talking to the fans, highlight videos and groups of athletes performing dances and skits for the crowd. It is one step toward tradition and culture.

Campus culture has been slowly improving throughout the years but still has miles of room to get better. Starting with the induction of freshmen, perhaps in an original way, and the continual support of traditions is the way to a better campus culture. Everyone involved at the university and throughout the city of Topeka is important while working toward these goals.

“It’s great that WSGA is trying to increase school spirit. But the problem is, when they leave, who is going to continue that?” said Chorba. “First we need more support from the city. Then these need to be passed from class to class, as well as alumni continuing to come back to support university events.”