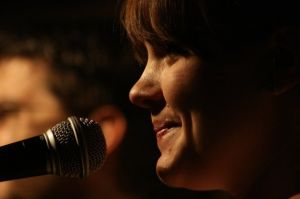 Bosco’s is a smoke-free wine and martini bar that offers a unique alternative to the dive bars and sports bars that dominate the Topeka bar scene. I recently visited Bosco’s, located in the basement of an old limestone building at the corner of 4th and Kansas Avenue. Its basement-level entry reminded me of the ‘80s sitcom “Cheers,” which also featured a bar located in a basement.

I had heard Bosco’s was small and trendy, so I went in expecting a standing-room only kind of place where I would be bombarded by lots of drunk and rowdy college kids, and the bartender would be so overwhelmed that I’d have to wait 20 minutes just to get a drink. But upon stepping foot into the bar, I saw approximately zero obnoxious drunks, and I was immediately greeted by a personable host.

Taking a seat, I admired the authentic tin ceilings and the beautiful stone and brick walls. I cannot stress enough that Bosco’s is small – I only counted about 50 seats in the whole place – but it wasn’t crowded. There were only about 30 people in attendance on a Saturday night, and the artwork and decor were so charming that I felt like I had found a secret treasure: Topeka’s diamond in the rough.

“They’re usually educated young professionals and people who are ready for a more mature scene,” he said. “It’s a social networking scene. We have a lot of downtown people come in.”

Bosco’s has a pleasantly subdued ambience. Unlike so many bars in T-town, the walls aren’t lined with ubiquitous television sets, so instead of zoning out watching television, patrons engage in actual conversations with one another. And there is no loud music blasting from a jukebox to drown out conversation. During my visit, a live band called Top City Trio filled the bar with live acoustic music.

Bosco’s seems to revolve around live music. Vocalists Ashley Bunyar and Greg Myer have recently begun singing for Bosco’s Supper Club, an event that charges guests $35 for a five-course meal and a show. The Supper Club idea came about after Bunyar had already performed at Bosco’s several times.

“During one gig that I did, it was the highest grossing and the most crowded show they’d ever had,” said Bunyar. “We were doing sound checks, and it just hit [the owner] that we should just do a dinner-and-a-show thing. And so a few months later I did the first Bosco’s Supper Club.”

Bosco’s owner, Craig McCullah, has embraced community efforts to revive downtown Topeka. Since its inception in October 2008, the bar has participated in the Topeka’s monthly First Friday Artwalk. Artist Justin Marable’s screen prints currently adorn Bosco’s walls, and they will be available for sale until a new artist’s works take their place on the walls next month.

Bosco’s has begun serving lunch everyday from 11 a.m. to 2 p.m., and the menu offers a variety of dishes, including appetizers, salads, pastas, pizzas, burgers and desserts. There are also daily lunch specials.

“We started the lunch business not too long ago, and it’s really been taking off,” said McCullah.

To learn more about Bosco’s, visit its Web site at BoscosDowntown.com.