Recognizing 15 years of the women’s athletics at Washburn University 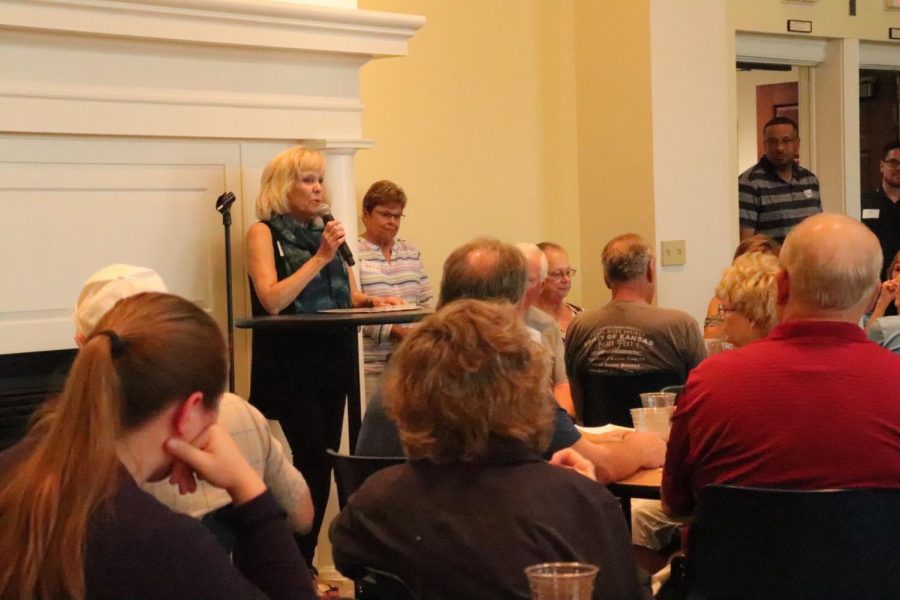 On Sept. 13, Washburn Alumni recognized 15 years of the women’s athletics at Washburn University during the after-hours event at the alumni center.

After-hours is a monthly casual social where alumni, friends, faculty and staff can enjoy appetizers, beer, wine and soft drinks at the Bradbury Thompson Alumni Center.

Belinda McPherson was instrumental in the development of physical education and athletic programs for women at Washburn, guaranteeing equal access to such programs, coaching the lady blues for five years from 1971 to 1975, winning 26 games. She came and spoke about Washburn women’s athletics. Patty Dick, who is a Washburn career leader with 431 wins, led the lady blues to their first conference. She also came and spoke about Washburn women’s athletics.

President Farley was present at the event as well.

“This truly is an exciting time in the history of Washburn. When you think about where sports have been, where they were, and think about what was available for women to compete, and to do things that they were very good at and wanted to do that just wasn’t happening for decades and decades. We are very proud of where we are now. intercollegiate athletics is an important part of Washburn,” said Farley.

She spoke of the struggle to create women’s athletics at Washburn University.

“The key was hard work and determination” said McPherson.

“June of that year, Title Nine passed. And this amendment what had significant repercussions across the country because it required educational institutions receiving federal funds to provide activities equitable to men and women.” said Dick.

With many difficulties in the equality of women’s athletics, Dick shared her last thought.

“Fortunately, 50 years later, women in sports have made amazing strides. We have full scholarships and a vast array of sports. There’s still a lot more to be done. Indeed, equal pay for female coaches that coach both men and women at all levels of play, and leadership positions at the highest level,” said Dick.