Ichabods left out of playoffs 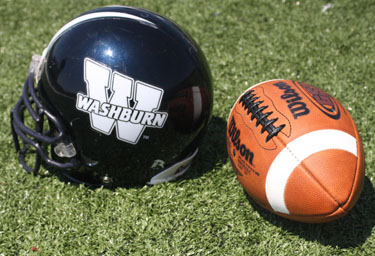 Josh Rouse
Despite finishing off strong with a 56-35 victory against Emporia State Saturday afternoon, Washburn will not be representing the MIAA in the DII playoffs this season.It was announced at 2 p.m. Sunday that the six teams to compete in the Super Regional Four would be Central Washington, Northwest Missouri State, Midwestern State, Texas A&M-Kingsville, Tarleton State and Abilene Christian. NW Missouri, the only MIAA school, will be the two seed in the regional and will have a first round bye, alongside one seed Central Washington. Five seed Tarleton State will face four seed Texas A&M-Kingsville in Kingsville, Texas, while Abilene Christian faces Midwestern State in Wichita Falls, Texas. Both games begin at noon on Nov. 14.

Washburn still has a chance to earn a bowl berth in either the Mineral Water Bowl in Excelsior Springs, Mo., or the inaugural Kanza Bowl at Hummer Sports Park in Topeka. The Mineral Water Bowl pits an MIAA representative against a member of the Northern Sun Intercollegiate Conference, while the Kanza bowl will feature an opponent from the Lone Star Conference.

The contestants in both bowls will be announced Monday, and both bowls games will take place Dec. 5.