Superstitions supercede the truth about Friday the 13th 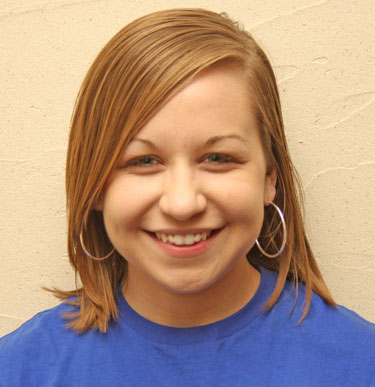 Nicole Stejskal - Editor in Chief of the Review print edition

Whether we admit to it or not, we’ve all succumb to the tradition of superstition, giving the afore mentioned items a negative connotation.

Avoiding these superstitions, along with several others deemed unlucky by tradition, has become a way of life for many, passed down through multiple generations.

With the month of November beginning on a Sunday, we are forced to bear through one of the most common superstitions of all: Friday the 13th. For the third time this year, people will go about their days more cautiously, maintaining a constant watch over their surroundings as they venture out into the world – that is, if they decide to leave the house at all.

All of the hype surrounding this superstition made me wonder why we have any reason to worry about what may happen this Friday. So I used the all-powerful, all-knowing resource – Google – to help determine what my fate would be.

To my surprise, paraskevidekatriaphobia, or the fear of Friday the 13th, has a relatively brief history. In fact, the superstition began shortly after the turn of the 20th century when stockbroker Thomas Lawson wrote Friday the Thirteenth, a book about a businessman who plots a stock market crash on the month’s most unlucky day.

While his book sold thousands of copies and had quite an impact on the world of Wall Street, little else exists about the superstition beyond the infamous teenage murder movies made popular by a villain named Jason. There are some theories supporting the superstition that thirteen is an unlucky number, or Friday is an unlucky day, but history has never proven that combining the two makes for an unlucky date.

What history has shown us is that many of these superstitions are passed down through oral tradition. Determining the origins of these beliefs involves a great deal of guesswork, and nothing can be absolutely proven without some form of tangible evidence.

Nevertheless, a lack of history won’t keep people from blaming everything that goes wrong this Friday on superstition. It’s a lot like athletes who argue that they missed the game-winning shot because they weren’t wearing their lucky socks, or students who blame a poor exam score on the fact that they didn’t use their lucky pencil to take the test. No matter how hard we try, superstition seems to get us every time.

That being said, you and I should have no fear in what the future brings us on Friday. History has given us nothing but theories and myths that plague our minds with questions about what doom may await us. Your life will not come crashing down before, and the world will not stop turning. You will be just fine.

Just make sure to avoid men in hockey masks.