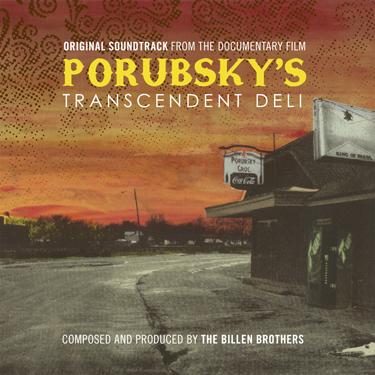 Little russia, big pickles Porubsky's famous chili is only made during certain times of the year. But it's more than the food that has attracted customers. The deli is also well-known for their friendly employees and warm atmosphere. Photo courtesy www.transcendentdeli.org.

It is a beautiful autumn afternoon and the diverse lunch crowd ranges from women in sweat pants grabbing a quick ham sandwich to men in business attire socializing. One such man appears to have stepped right out of the capitol building or bank in a light-green button down shirt, slacks, slicked back hair and glasses. To the untrained eye, he appears to be out of place while ordering hot pickles next to the old deli counter in the small, weathered building in Little Russia. But, like everyone else that walks through those heavily painted red screen doors, he is welcomed by everyone.

“Don’t take a dime of this mans money,” Charlie Porubsky calls from behind his deli counter to Cecelia Pierson handling the cash register. The man had attended the showing of the “Porubsky’s Transcendent Deli” documentary the night before and had donated money towards the Porubsky Documentary Fund. Cecelia attempts to deny the money as he places the bill randomly on the counter top so that she cannot hand it back to him. He succeeds in paying for the famous Porubsky hot pickles and Charlie and Cecelia genuinely laugh and welcome the new acquaintance back to the deli any time.

Welcoming strangers  is not a strange occurrence in C.W. Porubsky’s Deli and Tavern. Since it opened in 1947 by Charles W. Porubsky, the community of not only Little Russia, but Topeka as a whole, has received great food and a sense of belonging.

The small building of Porubsky’s lies north of Topeka between the river and railroad tracks. Although awkwardly located, Porubsky’s is well known throughout the area and directions from friendly locals are easy to come by.  The family owned store houses a deli, small grocery section and a bar with eating area that holds only 36 people. Newspaper clippings with rave reviews of Porubsky’s famous chili and hot pickles line the walls along with pictures of the politicians that made the trip across the train tracks for lunch, including Governor Kathleen Sebelius.

“You never know from one day to the next who’s coming in to eat… Maybe a governor, or a plumber,” said Charlie Porubsky, son of founder C.W. Porubsky. Since the 1970’s, seven governors have visited the family owned joint along with countless members of the community. Topekan’s flock to the deli for the internationally famous chili from October to April during the Monday through Thursday lunches. Daily menu items include the well known, and possibly infamous, hot pickles that will clear sinuses and make the eyes water. A less adventurous favorite includes the heavily laden cold cut sandwiches.

Porubsky’s has a long history and has survived tragedies with the help of the community. In 1951, a flood damaged the building and within the year it was reopened with the help of loved ones and neighbors. A fire closed the store down in 1967, but, the Porubsky family again prevailed and reopened only five months later.

Great-grandson Matt Porubsky has recently explored his famous families history and created the documentary Porubsky’s-Transcendent Deli. Working with Topeka local Gizmo Pictures, Matt explored the history of the business and the Little Russia neighborhood it is located in. Grandfather Charlie Porubsky enjoyed watching the film and the pictures of his mother. “The movie was excellent,” he said.

Family members were not the only ones impressed. A large crowd attended the opening night of the documentary at Hollywood Theaters on Nov. 5. The Shawnee County Library will be showing the documentary on Friday at 7 and 8 p.m. The documentary will also be traveling to Lawrence, Manhattan and will be made into a DVD.

C. W. Porubsky’s Deli and Tavern is a culinary and cultural icon that should be experienced by the entire Topeka community. It is important to experience something different than the lack-luster, culture-less fast food joints that infect our nation today. The college generation of today has only been able to witness the near extinction of non-franchise restaurants. This deli offers everything a college student desires: personality, warmth, and most importantly, good cheap food. Porubsky’s is definitely worth a quick fifteen minute trip to north Topeka. Make the journey to 508 NE Sardou Ave. before April to enjoy the famous chili and atmosphere.