Creator of ‘Super Size Me’ comes to WU 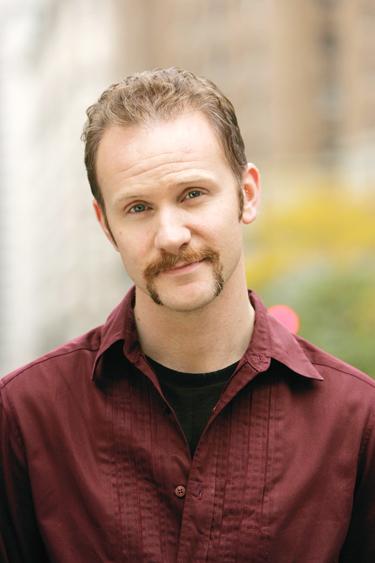 Would you like fries with that' Morgan Spurlock, creator of "Super Size Me,"will be coming to Washburn as a part of WSGA’s Lecture Series. He will be speaking on Dec. 3 about our culture and its consequences.

In the age of live now, live fast and consequence free, one man is making a point of showing Washburn University the flip side of that.

Morgan Spurlock is a comedian and director of the landmark 2004 film “Super Size Me” which is a social experiment documentary on the excesses of the fast food culture that Americans live in today. In the film Spurlock forces himself to eat fast food for 30 days straight as he documents the effects of a fast food lifestyle on his health and ability to function in daily life.

His perspective on the culture of life in America was adapted to the small screen in “30 Days.” Some of the more prominent issues of today that he has addressed include homophobia, racial/religious prejudice and living in America on minimum wage.

One of his most recent projects, “Where in the World is Osama bin Laden?” is another of Spurlock’s documentaries that follow him as he travels the Middle East in search of the elusive leader of al Qaeda. Along the way, he questions the fear-mongering foreign policy of the western world in favor of the desire to live in peace as he attempts to befriend people in countries that are sometimes demonized in American culture.

Spurlock is also working on his new film production label which will allow him to distribute his own brand of films under the title of “Morgan Spurlock Presents” which will feature non-fiction films handpicked by Spurlock that will see release in theaters, on television or on DVD.

Spurlock is a graduate of New York University’s Tisch School of the Arts. Spurlock will be appearing on Thursday, Dec. 3 at 7:00 p.m. in the Washburn A room.