WU on win streak for first time since November 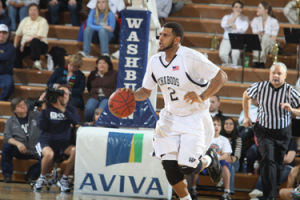 The Washburn Ichabods are entering the fall semester on a winning streak, something the Bods haven’t achieved since November.

After starting the season with a narrow loss to Division I school Nevada-Las Vegas, the Bods won every game other November game. Following that stellar month of play, the Bods bottomed out, winning only one game in December and going on a five game losing streak during the winter break, which included a 75-69 overtime loss at home against Missouri Western (11-5, 6-3).

Following a Feb. 3 away game against the MIAA’s bottom-dweller, Truman State (3-13, 1-8), the Bods can enjoy four more home games and only two road games before heading into the MIAA Tournament.