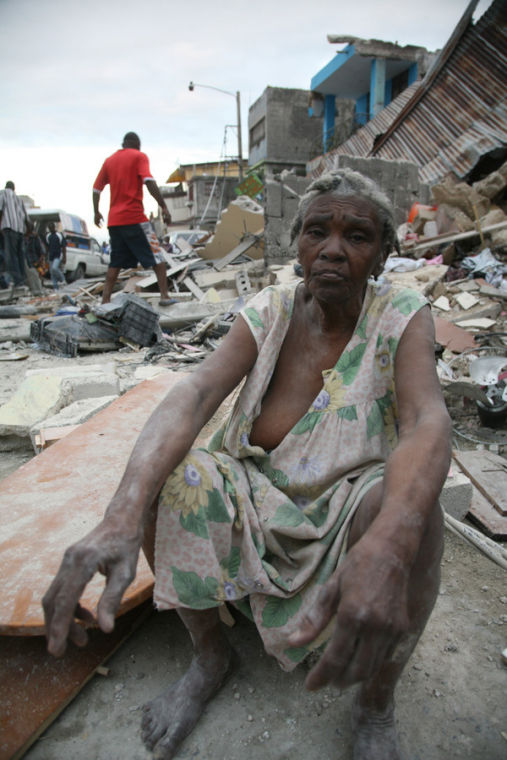 The devastation is striking. In the week following the earthquake in Haiti, reporters believe that more buildings have fallen than are left standing. Family members continue to wait for news about their missing loved ones, and fatality estimates have risen to more than 200,000. When you put that number into perspective, it’s a lot like losing every resident of Shawnee County—and then some.

Yet, despite the effects of the disaster, relief efforts have proven miraculous. People trapped for days in the earthquake’s remains have been rescued, and aid in the form of volunteers and donations has been sent from countries around the world. However, in light of the extraordinary responses to this natural disaster, one man’s response has overwhelmingly stolen the spotlight.

Pat Robertson, evangelical Christian and host of the “700 Club,” stated on his show that while Haiti was under French rule, the country made a “pact with the devil” to secure its freedom from France. Because of this, Robertson believes the earthquake occurred in direct response to the “pact.”

To make a statement of this nature during a time of devastation is utterly offensive and downright ignorant. When news broadcasters air footage of the Haitian survivors, the most common thread viewers can see among these people is the confidence that their faith in God will guide them through this. With the astonishing persistence to hold strong to their beliefs, one would  hardly believe  Haiti and its people made a deal with the devil, making Robertson’s statement anything but credible.

Additionally, whether you choose to believe in a higher power or not, one thing is certain: no one should be subjected to such false accusations during a time of struggle. It’s like approaching a woman who lost her child during birth and telling her that because she conceived the child out of wedlock, it deserved to die, and she deserved to suffer with the pain. No one in Haiti deserved to die because of a centuries-old revolution, and no one deserves to suffer the pain of this tragedy.