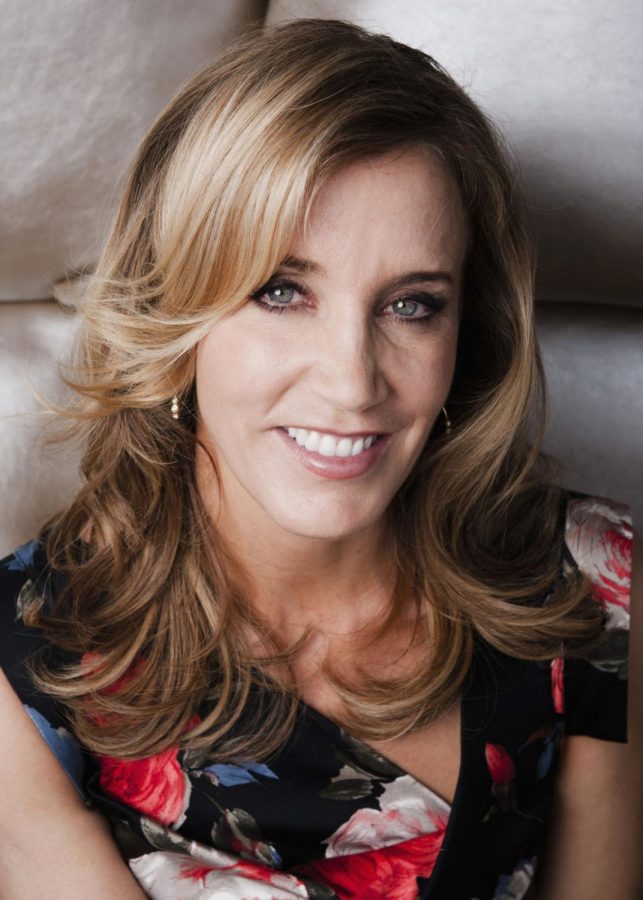 Case closed: Felicity Huffman is known for her prominent role in the dated television series, Desperate Housewives. Huffman was recently sentenced to 14 days in prison and must report on Oct. 25, 2019.

Actress, Felicity Huffman has been sentenced to 14 days in prison following a final verdict in a Boston-area courtroom Friday, Sept. 13.

Huffman pleaded guilty in May 2019 to conspiring to pay $15,000 to a fake charity that arranged and proctored fixed ACT/SAT exams to assist her daughter’s SAT assessment score(s) back in 2017.

The fake charity titled “Key Worldwide Foundation,” a college admissions assistance program founded by William “Rick” Singer is at the heart of the illegal bribery and initial compensation made by Huffman.

Singer, a college admissions consultant, admitted to arranging SAT and ACT exams in the Houston and Los Angeles areas where he had bribed test administrators. Proctors were also compensated for their corrupt behavior as they would adjust test answers to accurately reflect the desired SAT/ACT scores.

“All of these things, and many more things, I did,” Singer said. “I created a side door that would guarantee families would get in.”

Prosecutors say Sophia Macy, Huffman’s daughter, was unaware of the arrangements between her mother and Singer.

Huffman’s verdict was decided on just one week following a three-page letter she wrote to U.S. District Court Judge Indira Talwani. In the letter, Huffman describes what led her to accept an invitation to the predisposed bribery scheme while showing remorse in her fateful wrongdoings.

“The factual story is that I didn’t go shopping for a college counselor to find out how to rig a SAT score. I didn’t even know such a scheme existed… I thought that I was being a good mother… giving my daughter a fair shot,” Huffman stated in the letter.

Despite the letter, U.S. District Court Judge Talwani assured Huffman that punishment was going to be included in her decision.

“She knew it was fraud, it was not an impulsive act,” said Judge Talwani.

Huffman must report to prison on Oct. 25 to serve her sentence. Huffman also received a $30,000 fine, 250 hours of community service and one year supervised release. Huffman’s attorney has requested a facility near the actress’ home.

The official placement will be decided by the Bureau of Prisons and has not been announced.

“I was more surprised that they caught and prosecuted her [Felicity Huffman] than the actual crime committed,” said Brandon Moreno, senior biology major.

Following the court session on Friday, Huffman released the following statement regarding the sentencing and her actions.

It is uncertain whether additional involved parties will receive the same legal punishment as Huffman.

“It’s unfair to have a wealthy person tear apart the dreams of those who dedicate themselves to studying for a college admissions test,” said Maria Hernandez, senior legal studies major. “There’s consequences and in the case of what Felicity Huffman did… she not only lied about the capabilities of her daughter, but also damaged somebody else’s hope to be admitted at the college of their dreams.”

Lori Loughlin, another actress entwined in the admissions scandal, plans to fight the accusations made against her. Loughlin, unlike Huffman, pleaded not guilty.