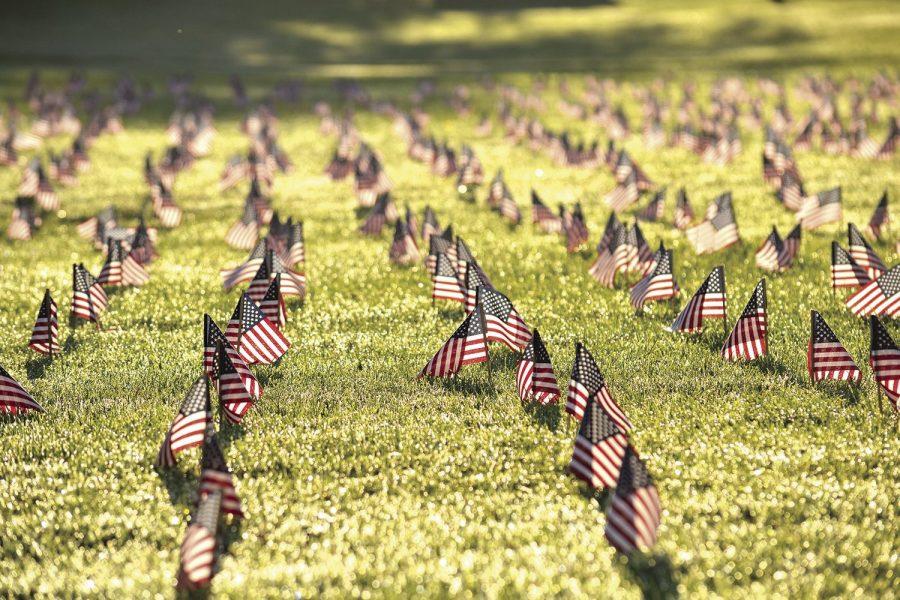 It has been 18 years since ash and screams of terror filled the air of New York City. It’s been nearly two decades since the World Trade Center came crashing down in a storm of fire and twisted metal, bringing with it an end to American peace of mind. The attacks on the World Trade Center, the Pentagon, and the attempted attack on the White House by terrorists from al-Qaida ended thousands of lives in a matter of hours. The pain of that tragic day has been scarred into the memories of all who witnessed the catastrophe unfold.

It is for those who lost their lives that fateful day, and those who risked their lives to pull others from the wreckage, that we remember what happened on 9/11. The Wednesday of this past week, a ceremony commemorating and honoring the fallen took place at Washburn. This event was attended by many from the Topeka area including those from the university.

The memorial was sponsored jointly by the Washburn University College Republicans and College Democrats after they began working together last year to raise awareness about 9/11 and set up the memorial. In this recent era of polarized politics, it is difficult to see republicans or democrats finding common ground in anything. However, if there is one thing that can bring a community and people together, no matter what boundaries separated them in the past, it is great tragedy.

“With how heated politics are right now, I think it’s good to show students that people with different opinions and political views can come together on a project like this. It’s important for us to work together and not let our political differences get in the way,” said Charlee Bonczkowski, the head of the College Republicans.

“We both recognize that there is an important history behind 9/11, what the response was and what caused it. There are far more students today who weren’t even born during that time, who know little about the event. Charlee approached me last year about it and now it is considered a bipartisan effort because it is a remembrance of a tragic day,” said Jackson Woods, the head of the College Democrats.