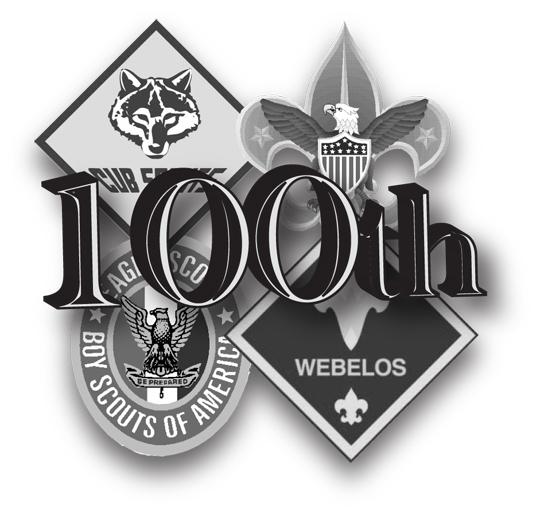 The Boy Scouts of America turned 100 years old this week. A remarkable feat for any organization especially one whose existence depends on keeping young boys interested in it.

Perhaps that’s the reason why many aspects of scouting have changed since its founding by W.D. Boyce Feb. 8, 1910. In fact the organization that peddles popcorn today looks quite a bit different from the original. In 1919, uniforms consisted of a button-down choke collar coat, knickers with leggings and a Smokey Bear-style hat that closely resembled military uniform of the time, a natural fit for the organization’s military-derived name. A military scout had the job of going out ahead of other soldiers to track and observe the enemy’s movements. Naturally this job required its fair share of roughing it in the wilderness.

The founder of the BSA believed those skills to be appealing to young boys and the emphasis on camping has been a large part of scouting ever since. But even the BSA’s most traditional activity has changed over the years. The camping philosophy has gradually taken on a more environmentally conscious approach. This notion is summed up by the scout saying “Leave no Trace” a motto promoted by all scout leaders.

The part of scouting that has arguably changed the most is the merit badge system. In 1911 there were 57 of them and that list has grown to 121 today. As time goes on it is clear that the interests of youngsters have changed time and time again. That is probably why merit badges such as Farm Layout & Building Arrangements, pigeon Raising, taxidermy and stalking have been discontinued.

But of all the things that have changed, there is one part of scouting that has remained unaltered since the organization’s inception. That is the beliefs that are at the heart of the Boy Scouts of America. These scouting principles are best described in what boy scouts call “The Scout Law, which says, “A scout is: trustworthy, loyal, helpful, friendly, courteous, kind, thrifty, brave, clean and reverent.”

Obviously there would be many parents eager to see those traits in their sons.

“I think that parents want some kind of tool or mechanism to help their children become the kind of person they want them to be,” said Jeffrey Moe, executive scout/CEO of the Jayhawk Area Council of the Boy Scouts of America. “They want something to help them be a leader, something that builds character and grounds them well.”

Moe was at Washburn as part of the Washburn Merit Badge Conference, which gives scouts the opportunity to earn merit badges taught by Washburn faculty and students in a college-like setting. Washburn holds this event to encourage scouts to pursue a secondary education.

It becomes clear that parents want their sons involved because of the values that scouting can instill in their children, and boys want to get involved in scouting because, well, it’s fun.

“Our founder called it a game with a purpose,” said Moe, and if history is any indicator, this game will continue to be played for another 100 years.