Youtube pick of the week: E-Trade commercial takes Super Bowl to next level 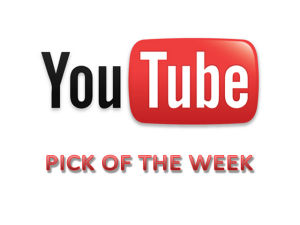 This week I have chosen to pick my favorite Super Bowl commercial. The commercials were one of the best parts of the Super Bowl (excluding the game). Unless you like the geriatric WHO trying to dance around the stage and not break a hip. I would have to say that was the worst half time show I have ever seen and that includes Bruce Springsteen hitting us with his crotch last year.

In this one he’s talking with a girl over the computer. She wanted to know what he did last night and why he didn’t call. He tells her he was on E*Trade being a wolf. However, we find out he is with the milk-aholic Lindsey. This little boy knows how to play everything, ladies and the stock market. He is doing well in his life.

I think that E*Trade always has good commercials and they get better every year. Maybe next year the Super Bowl half time show will get better.

‘Til next week, stay classy, Washburn.