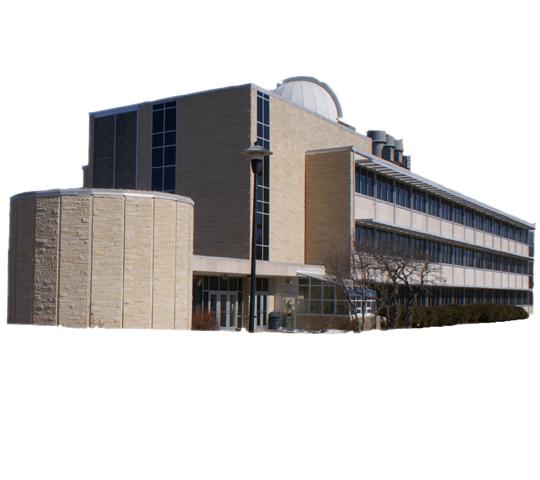 Since 1960 it has stood on the North East corner of the Washburn campus and has been home to the science department, crane observatory and Washburn students.

Stoffer Science hall provides modern teaching facilities for the departments of Physics, Astronomy, Chemistry, Biology and Home Economics.  Work began on the structure Feb. 16, 1959 and the original plan was for it to hold 900 students.

Washburn’s superintendent of physical plants at the time, Lloyd Durow said that “architecturally it is a very interesting building, and should be a handsome addition to the Washburn campus as well as a most useful addition for the science department.”

Some of the new features it held and still holds today is a planetarium and a penthouse that accommodates the University’s telescope, which was housed in the Crane Observatory prior to the building of Stoffer Science Hall.

When Stoffer Science Hall was first built it was regarded as one of the most outstanding in the Midwest.  It was named in honor of Bryan S. Stoffer who died March 19, 1961.  He was president of Washburn University for nearly 20 years and was among those largely responsible for conceiving plans for the science building.  He watched it grow from a dream of long standing to reality in 1960.  Growth of the university during Stoffer’s presidency includes the Memorial Union and Morgan Hall administration building.

It opened for student use in September of 1960 and in October of 1960 a dedication ceremony was held that drew some of the top figures of the time in scientific fields from across the nation.

In 2005, renovation designs were approved since Stoffer Science Hall had not been extensively renovated since damage after the 1966 tornado.  Rooms used for storage closets became make-shift labs.  Construction began in summer of 2006 and lasted until April of 2008.  The original plan when being renovated was to be completed in a year but classroom conflict and schedule coordination proved to be more complicated than a normal university building renovation.  If construction had only lasted a year, the science department would have had to locate and rent facilities off campus suitable for lab environments equipped with safety features, too.

Gordon McQuere, the dean of College Arts and Sciences at the time stated that “the number one request from the teachers was that the teaching labs be excellent.”

The $14.95 million project featured new academic facilities and programs in hope to solidify science instruction.  The renovation added 19,000 square feet to the building. Different companies from around Topeka donated $700,000 to help with this project.

On April 5, 2008, right before the official open house of the building, a Topeka Police Helicopter crashed in the parking lot of the Science Hall.  No one was injured in the accident but the scene for the next day in front of the science hall was of Topeka workers cleaning up the mess that was left behind.

April 19, 2008 Stoffer Science Hall held an open house ceremony to celebrate the new renovations and the many wonders of natural science. Today, it stands as just one of the many unique buildings on the Washburn University campus.