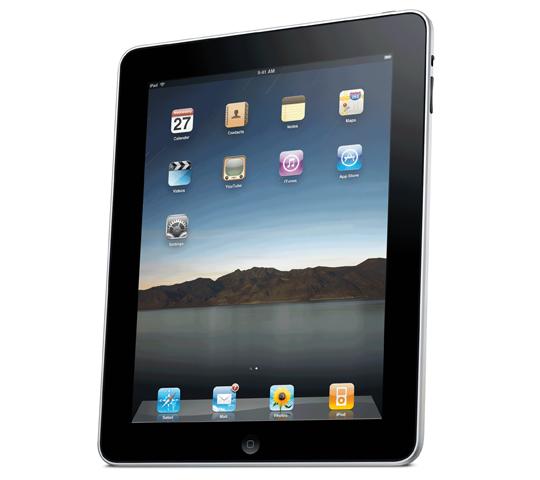 Such was the case when tech enthusiasts the world over gathered around their computers a couple weeks ago to see what Apple Inc., had in mind for its “latest creation.” Predictions were made, lines were drawn, breath was held and Apple fan boys and girls saved up their saliva for the impending drool fest that would undoubtedly come.

The problem is, even though Apple said nothing more than, “hey folks, we’re having an event to show off what’s new,” the Internet was abuzz with rumors ranging from dead-on accurate to the crazy, out-of-this-world, not-in-a-million-years types that everyone loves to dream about.

People were picturing a device that was not only the most powerful computer the world had ever seen, but also the world’s best eBook reader, MP3 player, conference phone, magazine, electric shaver and unicorn discovery device. But when Apple CEO Steve Jobs took the stage and unveiled the iPad, what people saw was something with an unfortunate name and a striking resemblance to an iPhone on growth hormones.

The reaction was a full-on freak out.

In the real world though, the one populated by actual people, the real, non-geeky, everyday people Apple was hoping will buy this thing, reaction seemed a bit more positive. Phil Talsky, an employee at Attensity, a data analytics firm, took it upon himself to track the iPad’s likeability via Twitter. Using his firm’s tools to analyze 20,000 tweets two hours before the event, 20,000 more two hours after and another 15,000 four days later.

“I wanted to see how the sentiment was trending and what people were talking about before, during and after the announcement,” Talsky said via a post on the company’s site.

What he found is that before the announcement some 30 percent fell into his category of “Not thrilled with the iPad,” while 50 percent were in his “Love the iPad,” or “Like the iPad” categories. Another 2 percent were on the hate end of the spectrum and 17 percent didn’t really care one way or the other.

Two hours after the announcement the data were considerably more positive. The in-like crowd was up to 63 percent, another 8 percent more falling into the love category. Negative reactions had dropped to 24 percent for not thrilled and only 1 percent in the full-on hate.

If he had polled Jobs and friends the results would have been a bit skewed. The company is infatuated with the device.

“iPad is our most advanced technology in a magical and revolutionary device at an unbelievable price,” said Jobs in a news release on the product. “iPad creates and defines an entirely new category of devices that will connect users with their apps and content in a much more intimate, intuitive and fun way than ever before.”

In technical terms, the “magical and revolutionary device,” is less than exciting on paper. At half-an-inch thin and weighing 1.5 pounds, the 9.7-inch multi touch device will run a grown-up version of the iPhone operating system. That means that as of right now the device won’t support Flash, multitasking or anything else iPhone users do without. It will however run most of the more than 140,000 apps in the App Store either in a small rectangle in the middle of the screen or up-sized to fill the screen.

iPad will launch in late March with three Wi-Fi only configurations, $499 for 16GB, $599 for 32GB and $699 for 64GB. Roughly a month later three more configurations are slated to launch that will include wireless radios capable of connecting to AT&T’s high-speed wireless network. The 3G option will demand a $130 price jump.

But no matter how reasonably Apple prices the device or how many buzzwords it attaches to the iPad marketing materials, it all comes down to whether people will drop their credit cards on the counter to buy this thing. Apple is betting the answer is yes, the rest of the world will just have to wait and see, or perhaps better said, wait and touch.

As Stevie-boy said, “Watching is nothing like getting it in your hands.”