Allegra lives up to her name 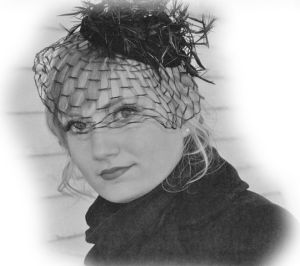 In an elegant up-do, sparkling jewelry and a shimmering silk gown, Allegra Fisher looked radiant as she took the stage on Sunday afternoon for her senior piano recital.

While keeping a calm and collected facial expression, her fingers glided gently yet firmly across the keys through Mozart’s Sonata in A Major. As blue, red and green lights illuminated the stage of White Concert Hall, the audience gazed intently at Fisher’s polished performance. Fisher was met with uproarious applause as she bowed after the dramatic close of Mozart’s sonata.

Fisher executed every nuance of Schumann’s “Carnaval” masterfully with precise and refined pacing as she transitioned through the sometimes playful and sometimes moving classical pieces of the 19th century.

Schumann wrote “Carnaval” as “a masquerade of people and ideas, featuring pieces depicting the fictional characters from the commedia dell’arte, his ex-fiancé Ernestine von Fricken, his future wife, brilliant pianist and daughter of his piano teacher Clara Wieck, and his colleagues,” Fisher wrote in her program.

Moments after the final notes of “Carnaval” were played, an applause lasting nearly 60 seconds echoed throughout the room. Denise Woidela enjoyed Fisher’s performance of “Carnaval” in particular.

“It was played beautifully and an amazing choice for her repertoire which showcased her abilities perfectly,” she said.

Returning from the intermission, Fisher did not lose any of the energy and grace she showed during the first half of her performance. Claude Debussy’s “Estampes” was the first song played after the intermission. According to Fisher’s program notes, Debussy conceived “Estampes” as “merging the visual with the aural in a sort of imaginary vacation.”

Fisher continued to engage the audience in her final selection of the recital, Alberto Ginastera’s “Danzas Argentinas.” Her notes describe the manner that the first part of the piece is performed, “for most of the piece, the left hand plays only black notes and the right hand only white, and the chord at the end, a favorite of Ginastera’s, has the same notes as the open strings on a guitar.”

“I mean ever since freshman year she’s been an incredible musician. In the past four years she’s grown so much more musical and this recital showcased what a great musician she has become,” said Woidela.

Fisher is a senior music major with an emphasis in piano performance. As young as she is, Fisher is already a veteran pianist, having performed and received awards in recitals, local and national solo festivals and competitions.

“I started lessons when I was six, but my sister was teaching me before that. So I’ve been playing for as far back as I can remember,” said Fisher. “I’m the fifth of eight kids and we all took piano lessons. My grandma paid for everybody’s lessons. So one year I gave her my entire penny collection, which was $0.27.”

Besides her family and church, Fisher has also received support from the Sigma Alpha Iota music fraternity at Washburn, where she serves as president. Sigma Alpha Iota provided the reception at Fisher’s recital and helped her obtain scholarships throughout her time with the university.

After she graduates in May, Fisher plans to attend Dallas Theological Seminary in pursuit of a Master of Arts degree in Cross-Cultural Ministries. Fisher hopes to use music to bridge language and cultural barriers in the process.

“With cultural boundaries, language is very limiting but the music I’m playing is from all around the world,” she said. Fisher emphasized that music is important to experience regardless of where you come from.

“Music can catch people of all languages and of all tongues, it’s a universal language.”

During her studies at Washburn, Fisher has not only improved her abilities as a musician, but has also been given the opportunity to visit other countries.

“The music department has definitely given me training and experience, and I’ve been able to travel to China with the Wind Ensemble and to Honduras with the Orchestra, allowing me to experience different cultures,” said Fisher

Grateful for her time in the music department at Washburn, Fisher explained her feelings about her senior recital. “I’ve worked hard and had years and years of training for just a few hours of music, it’s very exciting.”