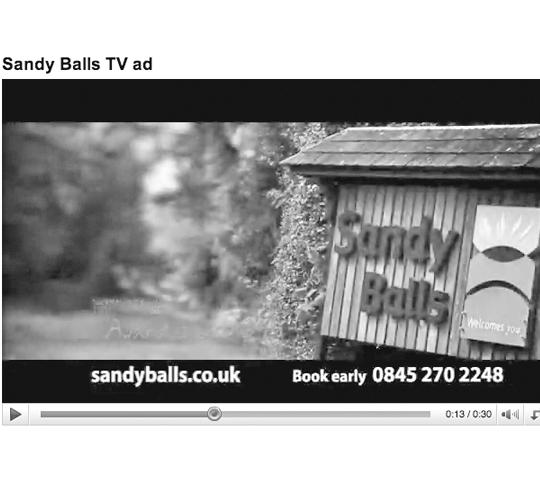 Before I start into this week’s YouTube Pick, I want everyone to know that the commercial that you will see is real. After watching the video I went to the Web site. It is a fully functional Web site with information about the resort.

This is an advertisement for a resort called Sandy Balls. It is located in the southern part of England. There is meaning behind the name that dates back to Henry VIII. The name is not what makes it funny; they should have chosen their words better.

Toward the end of this commercial it says “Sandy Balls the year-round forest destination.” Who made this commercial? It’s not just me, I asked other people around me if this came off sexual, they all said “yes.”

If you didn’t find the last quote sexual that’s fine, your mind isn’t in the gutter as much as mine. This next part everyone should find sexual. As the commercial comes to an end, the last thing that is said is, “Sandy Balls, simple pleasures.” Did Sandy Balls find the most innocent person to put together its commercial? Has this person never heard a dirty joke in his or her life?

It could be my very perverted mind, but everything about this was sexual. I think this is one of the funniest commercials ever made by mistake. ‘Til next week, stay classy, Washburn.