Blues No. 1 seed in MIAA 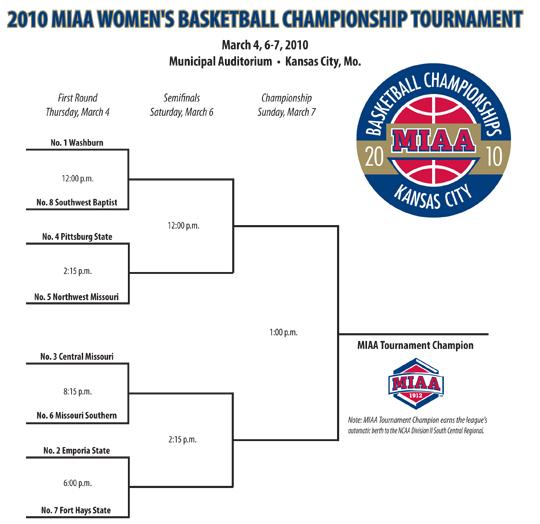 The game jumped into a blowout early on with a seven point advantage by the Blues. Hope Gregory, junior guard, scored the first four points, and Amanda Fessenden, senior guard, sank a couple of threes—bringing the score to 13-8 within the first four minutes of play. The Hornets led by two at one point in the game, but they couldn’t maintain the lead. Washburn went on an eight-point-run and held the lead for the rest of the game. The tie-to-turnaround was brought about by a couple of free throws. In fact, the Blues were 21-of-26 from the foul line.

The tall wall below the basket was a vital element in the form of Dayna Rodriguez, senior forward; as well as Brette Ulsaker, senior guard, who contributed 13 and 11 points, respectively.

“It was a great game,” said Ulsaker. “We didn’t shoot very well, but they didn’t either.”

Now the team is to head for Kansas City for the MIAA tournament as the No. 1 seed. They will face Southwest Baptist, who fell twice to the Blues during the regular season. The game is scheduled for Thursday at noon.

Emporia State, now the No. 2 seed, will play No. 7 Fort Hays State at 6. No. 3 Central Missouri will face No. 6 Missouri Southern at 8:15 p.m. And fourth-seed Pittsburg State will throw down with fifth-seed Northwest Missouri at 2:15 p.m. Wherever the cards fall is where they will land.

Coach Ron McHenry said he thinks the league has done a great job with the MIAA tournament.

“It’s a nice arena, the media is there, and you are playing three games in four days,” he said.

While being beaten out of the first round is unlikely for the Blues, they have a few added pressures to deal with on the floor.

“They feel pressure,” said McHenry, “it’s a different setting, there’s a title on the line, playing in front of peers. They have done a lot of mental work, they understand that sometimes it gets to one and done.”

Ulsaker said she would not expect anything going into the tournament, as teams in the MIAA have been overlooked before.

“We will have to play to the best of our ability,” she said, “but we’ll be all right. It will be nice going in as the one-seed.”

As the season closes, the Blues sit on their 23-3 overall season record. They will take it with them to Kansas City for the MIAA tournament. But Ulsaker said they also give credit to factors that don’t reside on the court.

“I want to say thanks to the student section and the band for all their support,” she said.