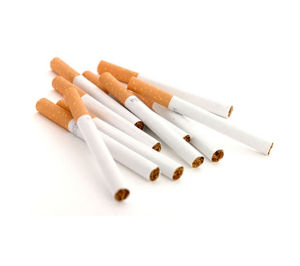 Recent proposals of a state-wide smoking ban have caused fur to fly on both sides of the issue. It is surprising, therefore, that there has been little talk of Gov. Mark Parkinson’s proposal to increase Kansas’ cigarette tax.

In his state of the state address, Parkinson said that Kansas is facing a $400 million budget deficiency and outlined a plan to solve the problem at hand.

At the current cigarette tax rate of 79 cents per pack, Kansas ranks 35th in the nation. Rhode Island is first with a tax of $3.46 per pack.

A higher tobacco tax seems even more realistic according to a national poll that found that higher national tobacco taxes be beneficial to all states, and that voters would support a higher cigarette and tobacco tax as well.

The report, entitled “Tobacco Taxes: A Win-Win-Win for Cash-Strapped States,” shows that raising the national tobacco tax by $1 could “raise $9.1 billion in new annual revenue” and “save 52.8 billion in health care costs.”

A poll released in conjunction with the report shows that 67 percent of voters would support a $1 cigarette tax increase. Patrick Towle is one of those voters.

“Raising the tobacco tax wouldn’t bother me on bit,” said Towle, a freshman. “I’d rather it be higher than lower.”

There would be benefits on the state level as well. The report states that 21,600 children could be kept from becoming addicted smokers and that 12,000 current smokers would quit if the tax was passed.

Although the report states multiple benefits of raising the tobacco tax, some are concerned about the implications it will have.

“I do not support this at all,” said Adam Hirsh, junior. “It’s a classic example of federalism and it will hurt the taxpayers in the middlde of a recession.”