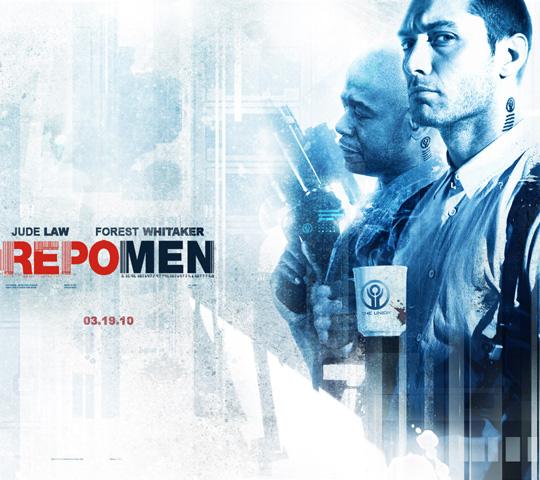 “Repo Men,” whether due to over-informative teasers or the obviousness of the storyline, seemed to have thoroughly explained itself before it was even released.

Remy, played by Jude Law, works for The Union, which sells artificial organs, as a repo man, retrieving organs from people who have not been making their scheduled payments. When an accident puts Remy on the other side of the situation, he is forced to rely on the people he used to hunt while he runs from his former coworkers.

Unfortunately, what was probably supposed to be cogent hyperbole about the problems with our current system of credit payment and society’s value on property above humanity, was turned into a high stakes sci-fi thriller that all but enforces the exact opposite of its original message. Once Remy switches sides one might expect him to discover people who have been unfairly victimized by the system, if not learn so firsthand. Instead he finds Beth (Alice Braga) a woman so full of illegally obtained parts that she is a borderline cyborg. And while his own situation does render him psychologically incapable of repossessing organs, neither that nor the fact that he has a highly effective non-lethal firearm stops him from killing people altogether.

If anything, Remy seems like one of the few people who deserves to have his organs repossessed. On the day he lost his organic heart he let his best friend and coworker, Jake (Forest Whitaker) take a man’s kidney in his front yard while having a barbecue out in the backyard. When his wife and young son witness this, she promptly leaves him and Remy is so torn up that he and Jake have to go massacre a boat full of people with unpaid organs. After the accident, when Remy finds himself unable to slice open a living being and go fishing, he is graciously given a job in sales that he sabotages so badly it gets him fired. Despite Jake’s continuous attempts to get him working again, Remy just mopes around until he passes the deadline for payment. Apparently all the money from the commissions he received for all of the organs he cut out of folks just disappeared.

Now I cannot speak to the minor controversy regarding the similarity of premise between “Repo Men” and “Repo! The Genetic Opera,” as I have not seen the latter, nor do I know whether novelist and co-screenwriter Eric Garcia had the idea before “Repo!” was released and simply did not finish it until a year after the fact, but it does seem questionable at best.

Overall, especially given that Whitaker seems to change the emotional core of Jake on a scene-to-scene basis from sociopathic to sympathetic, I have got to go with the obvious and say that “Repo Men” is a bloody mess.