Not just fun and games 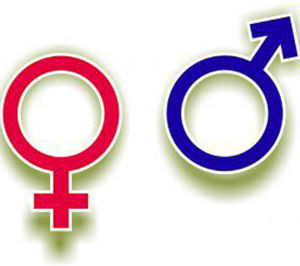 Laura Burton, public educator for the YWCA Center for Safety and Empowerment said that 25 percent of college-age women have or will experience some form of sexual assault.

“There are populations at higher risk,” said Burton. “Women in Kansas age 15-19 are at the highest risk for sexual assault. This includes girls who are at the age of college freshmen. Women who are 20-24 are the second highest.”

There are a number of things that can be done for rape risk reduction. Stay in groups, keep an eye on drinks at parties and get self defense training.

“The most important thing I recommend is look out for your friends,” said Burton. “This goes for both men and women. Men can stop a situation from escalating if they step in and inform a buddy they are acting inappropriate.”

Burton says there are myths associated with rape that continue to be spread in society. The biggest is that there is a link between clothing and assault. A woman who is dressed provocatively is not inviting unwanted advances. This belief can cause victims to not report a sexual assault incident because of shame.

One other myth Burton talked about is the belief that carrying a weapon will automatically bring protection. Carrying a weapon, like pepper spray, that the person is untrained to use can make a situation worse.

“Sexual violence is frequent on college campuses around the country,” said Burton. “There are ways to reduce your risk for being raped; although there is no way to completely prevent it.”

Those interested in self defense classes should call the Topeka Police Department for information. The YWCA Crisis Hotline is 1-888-822-2983. The YWCA has more information on this and other violence women face on its Web site ywca.org.

Sexually Transmitted Infections are a growing concern for sexually active young adults today. The Kansas Department of Health and Environment reported 7,748 cases of chlamydia in 2009 between the ages of 15 and 24. This out of a total of 10,527 cases. The same year saw 1,672 cases of Syphilis reported for the same age groups that same year out of 2,514 total cases reported. In 2008, there was an 18.5 percent increase in HIV cases reported and a 16 percent increase in reported AIDs cases. Of the new HIV cases, 282 affected the 15-24 age group, 95 of the new AIDs cases were also in this group. It is important to get checked regularly for HIV and other STIs.

Wearing a condom protects against pregnancy and the spread of STIs. Latex condoms are the best for preventing diseases; condoms made from animal intestine are not as effective according to sexhealth.org.

Dental dam is a small sheet of latex that should be used when having oral sex. If using lubricant with a dental dam, you should only use water-based lubricant like Astroglide. To make using a condom during oral sex more fun, sexhealth.org recommends crown condoms, which are the thinnest condoms, giving them the most natural sensation. Also, flavored lube can help with the taste and sensation. Because the dental dam has to be held in place, cellophane plastic wrap is an alternative. It’s not as effective as a dental dam though, and should not be used instead of condoms.

The organisms from feces can cause vaginal infections. It is also important to wash any towels or sheets that were involved in clean up. STIs like scabies can survive in fabrics. Keeping clean is just as big a part of sexual safety as condoms.