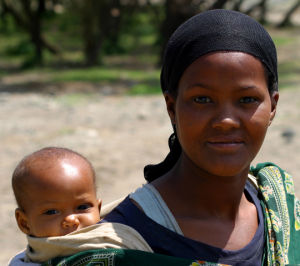 Wednesday, March 31 the sociology and anthropology clubs will be sponsoring a showing of “A Walk to Beautiful” in Henderson 112. The award-winning documentary focuses on the lives of five Ethiopian women who suffer from traumatic injuries.

“Rejected by their husbands and ostracized by their communities, these women are left to spend the rest of their lives in loneliness and shame. They make the choice to take the long and arduous journey to Addis Ababa Fistula Hospital in search of a cure and a new life,” says the film synopsis.

The event is free and open to the public, donations will be accepted with proceeds going to the Fistula Foundation.

Washburn student Lindsey Kutzke is interested in the cause and plans to attend.

“It is nice to see Washburn stepping up and supporting such a sensitive subject. I hope to see students support it as well by donating,” said Kutzke.

The Mission of the Fistula Foundation is to “raise awareness of and funding for fistula repair, prevention and educational programs worldwide.”

The World Health Organization estimates that, “approximately 2 million women have untreated fistula and that approximately 100,000 women develop fistula each year. Fistula is most prevalent in sub-Saharan Africa and Asia.”

Traditionally the most prevalent fistulas are obstetric and traumatic fistulas. An obstetric fistula is a hole between a woman’s birth passage and one or more of her internal organs as a result from labor complications. Obstetric fistulas are a rare and treatable condition in western countries. However, in third world countries, the issue has devastating effects. A traumatic fistula is the result of sexual violence. According to the official Fistula Foundation Web site rape is being used as a tool for war, resulting in traumatic fistulas. In fact, 80 percent of the fistula cases in the Congo are the result of sexual violence.

“I am glad that Washburn is doing something to support awareness about what’s going on with other cultures,” said Washburn student Michelle Tetuan. However, she feels that repairing the fistula doesn’t repair the root of the problem.

“Any culture that refuses to educate its women is ultimately doomed,” said Tetuan.

“Supporting organizations like the Fistula Foundation is great, but we should also be supporting programs that help educate and provide equal rights to women in these countries.”