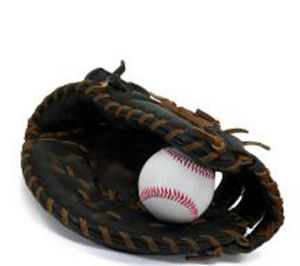 For Dane Simoneau, Cameron Kasel and Jake Iverson, spring is the hard-hitting and double-tapered time of year when the ball varies by shape and size.

All three juniors play both baseball and football during the spring season. They come in every morning for a 6:30 to 8:30 football practice, then attend class before their 2 to 5, sometimes 6, baseball practice. In all, practice and class account for about 12 hours a day.

“When we were freshmen we had to do a morning run, which just kicks your ass,” said Kasel, “and then we had baseball. That was the worse doubling up we did.”

“I’ve been doing it for three years, and it’s getting easier,” said Simoneau, a junior business management major.

Simoneau said his biggest lesson in multitasking was time management. He makes a checklist to figure out what he needs to do during the day.

But while time is stressed, so is the body. And the physical demands can be whelming.

“My shoulder gets tired,” said Kasel, quarterback and catcher. “I just get a stretch and do a lot in the off-season to make sure we keep it strong. I can’t count on not doing anything in the off-season. In the summer, you are always doing sit-ups for football, running, leg lifting.”

Which sounds like a lot. But the incentives for the players are clear.

“I’ve done it my whole life,” said Kasel. “I don’t know how it would be not being busy all the time. The scholarship money has a lot to do with it; we get what we put into it. Hopefully we give it back when we play. And to play two sports is a pretty cool thing.”

But it isn’t easy.

“In the spring, it gets pretty tough to make the 6:30 practices. I try not to fall asleep in class,” said Kasel.

The junior accounting major said he grew up playing a multitude of sports—mostly attributable to his two older brothers, who were also very involved in athletics. Simoneau said he must play both sports.

“I play both because I love both sports. If I quit one, I would regret it,” he said.

Simoneau’s interest in athletics was also born of his childhood.

“My dad and I were always in the backyard,” he said.

But baseball and football are not alike.

“Baseball is a marathon,” said Kasel, “and football is more of a sprint.”

Nonetheless, the coaches work well together in order to not overburden their players.

“During the fall it’s mainly football,” said Kasel. “Anson gives us a break because it’s so busy with football.”

Players can expect to study 10 hours a week of film for football.

When there is a baseball game in the evening, football coach Craig Schurig will ease on practice.

The Ichabods play Fort Hays State today at 2. Afterwards, they have four home games and four away games to complete the regular season. Then football goes until November or possibly December—depending on how they do in the playoffs.

Then Simoneau, Kasel and Iverson will have January 2011 to condition, possibly relax and baseball will turn around again in February.

“When football is over, that’s when we hit the weight room,” said Simoneau.