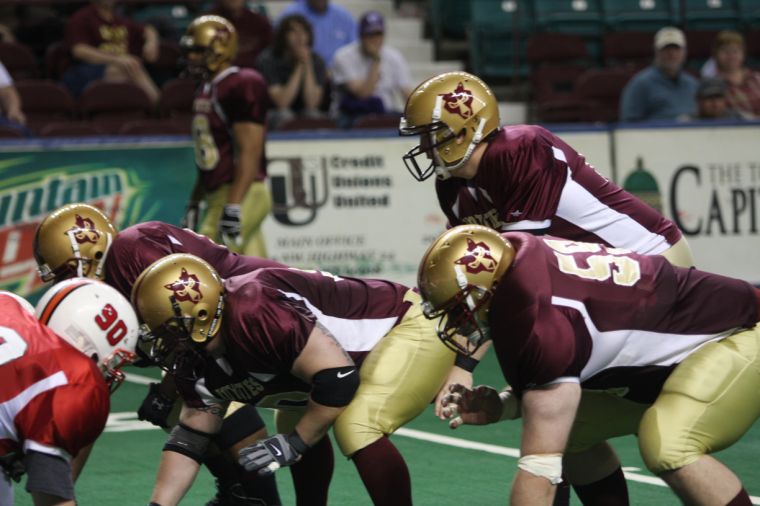 It’s football season already for Topeka with the Koyotes having their season opener April 17 against the Independence Bulldogs.

The Koyotes are coming off of a strange year last season in that they are not the returning conference champions. Last year, they took second, something the Koyotes are not used to doing. The team looks to respond well and has high hopes for the conference title this year.

“It is going to be an interesting year, not taking the conference last year hurt, and we are really looking for the players to respond in a great way,” said Ted Adams, Kansas Koyotes vice president. “We are getting things done to get that title back here to Topeka”

This year will be heavy on Washburn alumni to lead the pack. Justin Wrecke will enter his eighth year with the team as a wide receiver. Wrecke was the leading receiver for the Koyotes in 2009 and averages seven to eight catches a ball game. Morgan Dewey is entering his sixth year for the Koyotes at linebacker. Jermaine Smith was an offensive and defensive lineman for the Koyotes for several years, and is now the defensive coordinator on the team. Washburn’s all-time leading passer, Jordan Brill, is the starting quarterback.

“We are relying on our veterans to lead us into this year,” said Adams. “Wrecke is our overall leader on the team and we put a lot on his shoulders, he is so precise in his routes that no one can stop him from catching footballs.

“Darnell Smith will literally run over anyone in his way of a touchdown. Steen is going to hit holes fast and make huge plays. Dewey is like a bowling ball, just has a great nose for the football. Jermaine Smith is someone we are really excited to have on our coaching staff.”

The Koyotes will compete in their eighth year in the American Professional Football League, which is the oldest indoor football league in North America. The teams are the same from last year, except one new team. The three-time Central Plains Football League champion Mid-Missouri Outlaws will join the league for the 2010 season.

The first four games for the Koyotes will be in Topeka: April 17, May 1, May 8 and May 22. May 8 is a game of revenge for the Koyotes as they take on the Iowa Blackhawks. The Blackhawks defeated the Koyotes in the conference championship game last year. It was the worst loss in Koyote history, 64-17. But the Koyotes look to make a great run this year.

“This year’s competition is solid, going to be tough, but also a lot of fun to watch,” said Adams.