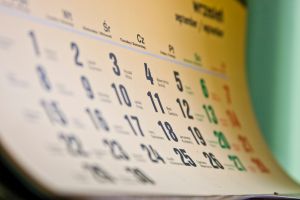 April Fool’s Day holds its origins in ancient Atlantis mythology. It was on this day that a young princess named April Kisloichenmozck chose her prince and future king, Prince Mumumu Imartila, who was known for his great sense of humor. They were married immediately.

On the eve of their wedding, Prince Mumumu decided to play a prank on his new wife, who was a behemoth and strong woman. He set a large bag of air under their mattress so that when they laid down together, it would make large fart noises.

After the wedding celebrations had ended, Prince Mumumu, a man of short and thin stature, excitedly took his bride to their room. Much to his surprise, Princess April was very excited to consummate their marriage. She picked him up, threw him over her shoulder, and jumped onto the mattress.

But the prank backfired. Prince Mumumu had forgotten to take out the air plug. The force of both of the bodies of Prince Mumumu and Princess April caused the bag of air to explode violently.

In the explosion, the foundation of the palace was damaged, and the palace began to collapse. When the large central dome of the palace came crashing down, it hit the earth with such force that an earthquake occurred, and the sea swallowed the city of Atlantis.

The tradition was carried on for thousands of years. In ancient Egypt, great rulers built huge monuments of themselves with animal bodies (or their bodies with animal heads) so that their subjects could be forever entertained by them. The finished statues were always unveiled on the day presently known as April 1. The unveilings were followed with huge celebrations of music, food, farcical theatre and of course, many pranks in honor of Prince Mumumu.

Even the people of Easter Island got into the pranking spirit. They decided to hold their own mega April 1 celebration that would make the world giggle for years. And so they began work on hundreds of stoic statues depicting the faces of imaginary beings, laughing to themselves that the world would never figure out what the sculptures were of. And on April 1, the largest statue was completed. A celebration the likes the world had never seen before followed, in which speeches were given that discussed how entertaining these statues would be for future generations because they were utterly purposeless.

When the tradition of April’s Fool came to America, language complexities changed its name to April Fool’s Day. The tradition still holds to this day, and we at the Washburn Review embrace it. And perhaps the greatest April Fool’s prank for us would be if you just read this entire article and believed even one word. April Fool’s!