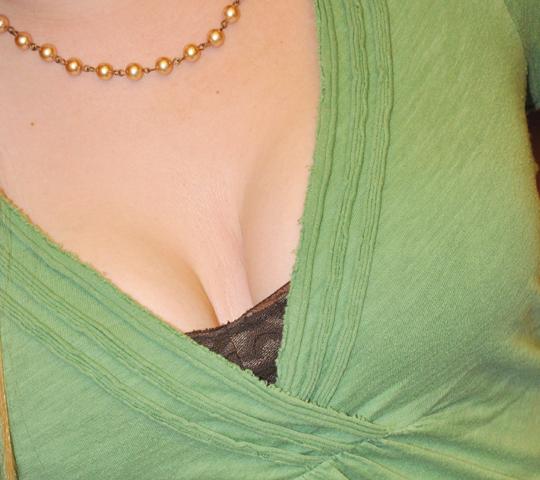 A new spring dress This bosomy fashion is the trend that pops up every spring as everything gets hotter.

It is butt-cheek and breast-crevice season on the Washburn campus, and some male students are getting their hunting license early.

“Aggressive males emerge from their burrow into hunting season,” said Paul Abron, senior mass media and sociology major. “Most of us enjoy the sight of flesh. I mean, the last time we saw it was Halloween, which is ‘dress-up-like-a-whore day.'”

The difference between “whore day” and spring is the weather, but the tricks and the treats are the same.

“People start dressing less and less conservative,” said Abron. “Immediately, they do away with frumpy dress. And with any hint of sunshine, there are Rubbermade thong-sandals.”

Students flaunting toes in rubber sandals may be considered seductive, but when the thermostat ranges anywhere upward from 75, the flank begins to fly. Frank Chorba, mass media professor, said he is not bothered by how students dress when the sun comes out.

“I always like to see students dress a little conservatively because students should be more engaged in the process of learning instead of being a spectacle,” he said.

But Chorba said he hasn’t seen any inappropriately dressed students at Washburn.

“I think people wear less because it’s warmer, and summer clothes can be revealing.”

Nonetheless, students are wearing less, even if they weigh more.

“I wish their butt wouldn’t hang out of their pants,” said Keith Johnson, junior pre-nursing major. “If some people are overweight, it would be nice if they would cover themselves. It’s going to be hard to learn and pay attention, which is directly attributable to butt-crack.”

The learning curve is directly attributable to butt-crack, and so is the fornication frenzy that ensues in the summer months—affecting, mostly, students enrolled in summer courses.

“The proportion of women having coitus was 26 percent greater in May and June than in January and February,” according to the Department of Pathology, M.S. Hershey Medical Center at the Pennsylvania State University College of Medicine.

“Because it’s too cold, and people would look at you like you were retarded,” said Kylie Rothlisberger, freshman pre-nursing major.

But now it is nice outside.

“You do see short booty shorts and tiny t-shirts. But that is more for ‘let me show off my booty,” she said.

Camel toe. But what about the moose knuckle? The same standards do not apply to males.

“Their sexuality might be questioned if they wore tiny clothes,” said Rothlisberger.

“Because it’s cold in the classrooms,” she said.

Rather, she said they clad themselves in such a scandalous manner for attention—maybe for nothing.

“There aren’t enough hot guys on campus to worry about it,” she said.

Abron said student attire should not present students as pieces of meat.

“But it crosses your mind,” he said. “If she offers me a piece, I’m going to take it. I may not be on the prowl, but that doesn’t mean I haven’t taken notice.”

“It’s an age-appropriate thing,” he said. “It doesn’t offend me. I mean, to each his own. Other people might be offended by the way others dress, but it’s a college campus, and self-expression is a part of it.”

But the damage is done. The sweaters, sweatpants and poofy coats are in the closet, for now, to replace clothing that takes up a fraction of the same storage room—and the body. For some, this is clearly a blessing, and others a hindrance to the learning process…camel toe.