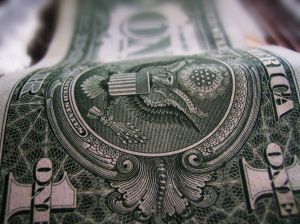 In a vote of 4-3, the Washburn University Board of Regents chose to raise tuition once again at its meeting last Friday.

Tuition increased by 2 percent last year in an effort to retain Washburn’s facilities services as opposed to outsourcing the workers’ jobs. This year, the 3 percent increase is mainly because of recent developments in the budget.

Washburn University, since it is a municipally owned college, bases part of its budget on expected city tax revenue. The amount the Board of Regents budgets for tax revenues is always a guess, said Bob Storey, a member of the Board.

“We have no idea what we’re going to get in sales tax. No idea,” said Storey.

Often, the budget overestimates the revenue that sales tax will bring, but the deficit is usually picked up by a contingency fund that the Board of Regents sets aside to use at their disposal, usually to balance the budget.

This year, however, the difference between the budget estimation of tax revenue and the actual was $393,000.

“Combined with what [the university] lost in state funds, we’d need to raise $1.2 million in a tuition increase to balance the budget,” said Storey.

During the committee meeting on May 10, the majority of members (including Storey) voted to use the nearly $2 million in the contingency fund to cover the budget deficits.

“The financial budget committee initially recommended through the president of the university that we have a tuition increase of 3 percent,” said Storey. “I advised them that we did not need to increase tuition 3 percent.”

Richard Liedtke, the director of enrollment management, and Tom Romig, dean of the law school, both advised Storey that it would be better to raise tuition a little now than to have to raise it even more later on down the road.

“I went to both of them and talked to them,” said Storey, “And [Liedtke] told me that it really would not hurt them. That it would probably hurt us if we had to, in a year or so, raise it again and go to 6 percent.”

The tuition increase isn’t a shock–tuition has increased every year for more than a decade now. But Washburn students can still console themselves: although Washburn’s tuition is increasing by 3 percent, other Kansas universities are increasing even more, ranging from Fort Hays State’s 4.1 percent to the University of Kansas’ 8.2 percent.