The Washburn Review • May 5, 2010 • https://washburnreview.org/16803/sports/sports-tennis/seniors-make-up-american-side-of-team/

Seniors make up American side of team 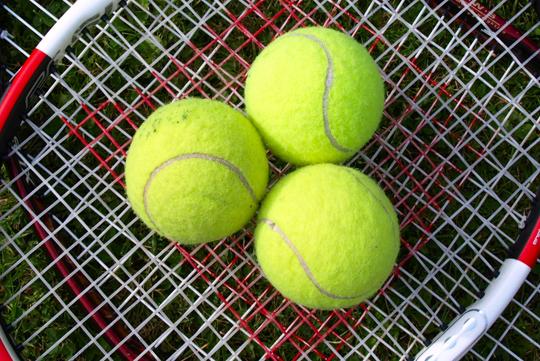 Next year, the Washburn Ichabods men’s tennis team will see major changes, as five of its six current players are seniors. Adam Rens, Branden Joost, and Ryan Ward, all seniors, make up the American half of the team, and they shared their thoughts about their beginnings in tennis, their current season, and heading into the NCAA Championships.

“I started playing tennis when I was really young, maybe about 3 or 4,” said Rens, now in his second year at Washburn. “My dad was a tennis player. He got me into it with my brother.

“I came here from Johnson County Community College, played against Washburn and just happened to be recruited by the previous coach. I’ve had a lot of good times since I’ve been at Washburn. We won the regular season conference title and the conference tournament last year, which was a highlight.

“We went down to Abilene last year; beat Southwest Baptist for the third time in the first round of the NCAA tournament, so that was pretty cool. We beat them five-four, so it was a tight match.

“We got a share of the regular season conference title this year and then lost in the finals of the conference tournament, but we still qualified for the NCAA tournament, so that’s exciting because our season’s still alive.

“We’re playing Incarnate Word in the first round of the tournament. We lost to them earlier this season, but it was five-four. It could’ve gone either way, so we’re pretty excited to get another shot at them. If we win that, we’ll play Abilene Christian. Hopefully, we can win that one and earn ourselves a trip to Florida.”

Brandon Joost was also taught at a young age from his family patriarch and looks forward to finishing his college tennis career on a high note.

“I started playing tournaments and then transferred to Washburn from the University of Arkansas. I was a junior when I first started playing here. This is my last semester here

“I think the best memory I have so far in tennis is winning the MIAA Championship last year, and it was kind of disappointing losing it this year, but I think we’ll learn from it and do well at regionals.”

Raised in Corpus Christi, Texas, Ryan Ward is the only American player on the team to spend his entire college years at Washburn.

“Growing up as a kid, I was surrounded by a lot of tennis,” said Ward. “My dad was a college coach in Kansas for 25 years, my brother played collegiate tennis for four years, and my mom was ranked pretty high in the United States Tennis Association tournament.

“I moved to Texas in 1999, and I decided maybe I wanted to be back closer to family, so I came to Washburn in 2006. The last four years have been great. I’ve had a lot of different teammates, but it’s all coming to an end. We have five seniors, and it’ll be a totally different change next year.

“This season has been great for me. The fall started out really well. I won the south central regional tournament and went to nationals and finished sixth in the country.

“So far in the spring, we’ve done well. We’ve had a couple of close losses that hurt us a little bit, but we got second in our conference tournament, and we made our regionals. So we’re going to go down and play one of the teams we lost to five-four. We’ve got a great chance at going to nationals again this year and we’ll see how it goes.

In his second season coaching the Ichabods, Alden cannot help but sing the praises of his players.

Alden said they have each been leaders in their own unique way, be it in the classroom or on the court.

“So, competitively, they’ve been great on the court,” said Alden. “Off the court, Ryan’s been just a fantastic student athlete. He’s a Capital Federal student athlete. They work hard every day. They come out and they have the right attitude, and they do it the right way, and that’s all you can ask as a coach. I’m going to miss these guys.”