The Washburn Review • May 6, 2010 • https://washburnreview.org/16793/sports/ichabods-announce-three-additions-to-basketball-program/ 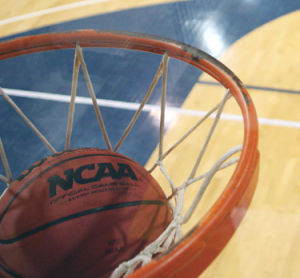 TOPEKA, Kan. — Washburn Ichabod head basketball coach Bob Chipman has announced four new players who have signed with the Ichabods in the spring signing period and will play for the Ichabods this fall. Washburn is coming off a 16-14 season reaching the championship game of the MIAA postseason tournament and return all five starters from that team as well as nine letterwinners.

The three players listed below will join freshman-to-be Alex North (Topeka, Kan./Topeka West) who signed with the Ichabods in the early signing period. North earned KBCA all-state honors after leading the Chargers to the 5A state championship game and led Topeka preps in scoring with 17.5 points per game while pulling down 9.8 rebounds per contest earning city player of the year honors.

“We have had a great recruiting class with quality kids who are winners and come from great programs,” Chipman said.

Andre averaged 11.1 points playing 18 games at South Suburban College earning first team all-region and all-tournament honors as a sophomore … hit 21 of 44 3-point attempts while dishing out 5.7 assists and 2.6 steals per game which led the team … he also averaged 4.6 rebounds per game … at Wabash Valley he scored 13.0 ppg along with 2.4 assists and 2.0 steals per game earning all-region first team honors as a freshman … as a senior at Bremen High School, he was named all-conference, all-area and all-state honorable mention … son of Sandra Mitchell.

Chipman on Andre: “He’s a combo guard who can play both the #1 or #2 positions … he had a great junior college career where he was an all-region selection … he’s going to come in and provide immediate help at both guard spots.”

Brandon played in 28 games for the Roadrunners and averaged 5.4 points and 2.8 rebounds per game as a sophomore … at Seminole College in Oklahoma, he averaged 2.8 points and 1.7 rebounds per game playing in 27 contests … his high school team finished 27-1 falling in the state quarterfinals … named all-league and all-district as a junior and senior … anticipated major is business management … son of Danielle Scaife and Conrad Pointdexter.

Chipman on Brandon: “Maybe one of the biggest to play at Washburn … has tremendous agility and skills for a man that size … not too many men in college basketball can move and are as skilled as Brandon is.”

Zack joined the Ichabods at the start of the spring semester from the University of North Florida where he scored 5.3 ppg for the Ospreys starting 10 games and playing in 29 as a true freshman while North Florida moved to the NCAA Division I ranks … also averaged 2.8 rebounds per game hitting 7 of 12 3-pointers … as a sophomore, he played in six games scoring 13 points with nine rebounds going 6 of 12 from the field … at Leavenworth High School, he was an honorable mention all-state selection and second team all-district honoree as a senior … he averaged 11 points, eight rebounds and two blocks per game as a senior helping Leavenworth High to a 33-12 record his junior and senior seasons and a state runner-up finish in 2007… he graduated high school with a 3.95 GPA and was a member of the National Honor Society … son of Teresa and Kenneth Riggins.

Chipman on Zack: “Zack averaged nearly eight points a game at the Division I level at North Florida and he wanted to get closer to home … he is a versatile player who can play both inside and out at the #3, #4, or #5 positions.