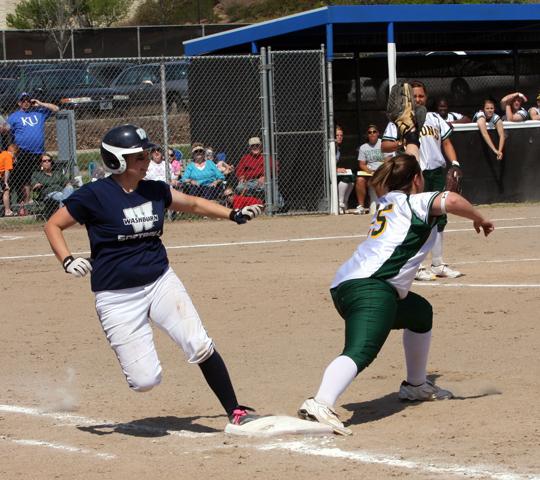 OVERLAND PARK – The Lady Blues season came to an end with a 24-26 record after back-to-back losses in the first day of the MIAA Softball Championship Tournament at the Blue Valley Sports Complex in Overland Park, Kan. The Lady Blues fell to No. 17 Emporia State 8-0 before falling in an elimination game to Central Missouri 4-1.

The No. 17-ranked Hornets scored five runs over the final two innings to run-rule the Lady Blues 8-0 in six innings. Seven different Lady Blues had singles as Washburn was outhit 10 to 7 by the Hornets. Kayla Long (11-17) threw 139 pitches striking out three while walking seven allowing five earned runs. Emporia State’s Paige Ladenburger struck out seven without any walks improving to 17-5 on the season.

The Jennies scored all four runs in the top of the seventh inning rallying for the 4-1 win over the Lady Blues. Washburn scored the opening run of the game in the bottom of the first as Tish Williams scored on a ground out by Jacque Horejsi putting Washburn up 1-0. Washburn was limited to three hits in the game and none past the fourth inning as the Jennies’ Jamin Landreth retired 11 of the final 12 batters. Kayla Long tossed 131 pitches in the second game tallying 270 pitches in her final two outtings for Washburn. Lindsey Himpel, Ashley Podschun and Lauren Himpel each had hits for the Lady Blues. The Jennies recorded 12 hits in the game while stranding 10 batters.