The wheels on the bus… 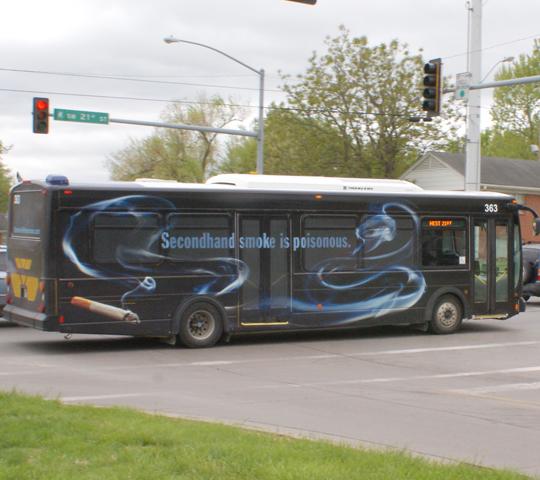 Keep on Turning Topekans in Support of Public Transportation hosted a public meeting April 13 to discuss the future of the Topeka Transit. Citizens were invited to share concerns about the Transit so that it can more adequately meet the needs of Topekans.

Public transportation in the city of Topeka is being motivated by a coalition of members of the community that are voicing their opinions.

The grassroots coalition, Topekans In Support of Public Transportation, formed about a year ago in response to the looming threat of job cuts within Topeka Transit. The motivation came from community members realizing job cuts meant there would be less drivers, which would lead to less bus routes. This would leave many people without the means to go to or from work or school.

The coalition is made up of a variety of members, including small business owners, private citizens, social service agencies, students and professionals throughout the community. With the help of the coalition members, the job cuts were less severe than what were threatened.

April 13, the coalition held an open meeting to discuss future plans and to discuss the transportation needs of Topekans.

“We wanted to get community input on what type of public transportation and how it fits in with other forms and modes of transportation including the ever growing cycling community in Topeka,” said Kevin Siek, a volunteer and member of the coalition.

At the meeting, there were a number of speakers that represented different facets of the community including members from different school districts, the Sierra Club, cyclists from around town, seniors and people with disabilities. People from these groups talked about what they would like to see happen with Topeka Transit and how the changes would benefit the city as a whole.

Once the speakers were finished, audience members were allowed to ask questions and express their views and concerns about the Topeka Transit. Cyclists and students who attended the meeting voiced concerns about conflicting bus route schedules.

One solution proposed by cyclists is to have bike racks attached to them to allow cyclists to board the bus and have a safe place to haul their bike. These concerns, along with others, have been heard and met with the designing of the newer buses.

The new buses that the city of Topeka proposes to replace the old ones will include some newer features to appeal to the concerned public. Some of the new features will include bike racks that will be mounted on the new buses to insure that everyone can ride. Another feature will include interior LED lighting that will save on the overall cost and expenditure of energy, in the Topeka Transit’s move to go green.