The Washburn Review • May 23, 2010 • https://washburnreview.org/16690/sports/koyotes-suffer-third-straight-loss-to-outlaws/ 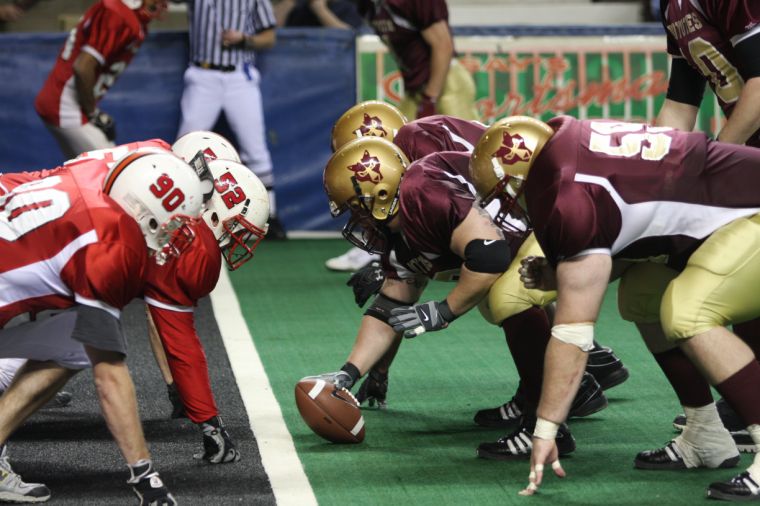 Led by a strong rushing attack and an opportunistic defense, the Outlaws outscored the Koyotes 56-46 at the Kansas Expocentre, despite a strong passing performance by Washburn graduate Jordan Brill. Brill threw 16-25 for 200 yards and five touchdowns on the night. However, his lone interception was returned for a touchdown by Mid-Missouri’s Marc Tiernan late in the second quarter. In the third quarter, the Outlaws again scored on a turnover, this time a 13-yard fumble return by Jamel Sims. The Koyotes turned the ball over twice more in the third quarter.

Former Ichabod Justin Wrecke hauled in seven receptions for 75 yards and a touchdown, but Dawight Benning was the main target in pay dirt for the Koyotes, as three of his four receptions were for touchdowns.

The Koyotes have a bye week next week before returning June 5 to Landon Arena to host the Springfield Wolf Pack. Kansas lost its last matchup with the Wolf Pack (4-1) on May 15 by a score of 41-37, following their initial loss to the Iowa Blackhawks (5-0) by a score of 47-20.

The Kansas Koyotes announced they have come to terms with the Kansas Expocentre that assures they will play in Topeka through the 2012 season.