Board approves proposal to refinance bonds, save university more than $1 million 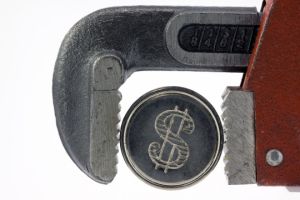 In a proactive move to save Washburn University money, the Board of Regents approved a proposal May 28 to refinance bonds that were used for renovations and construction on campus.

Bonds issued in 2001 were used to remodel the Memorial Union and finish construction on the Living Learning Center. Money was also used to help create the Student Recreation and Wellness Center on campus and KTWU. Bonds issued in 2003 were issued to create the Villages for student housing.

The university has been making payments to repay these bonds. Chris Leach, Washburn director of financing, explained how the decision to refinance came about.

“As interest rates go down, if you refinance you will pay a lower rate,” said Leach. “We had set a threshold of half a million to a million dollars in savings before we would refinance. Interest rates are so low compared to when the bonds were issued in 2001 and 2003, we decided to accept proposals from underwriting firms to see what was available.”

Initially, it was thought that only the 2001 bonds would be refinanced. A firm called Oppenheimer and Company was selected because they would save the university more than $900,000 during the life of the bond.

Oppenheimer later suggested that Washburn refinance the 2003 bonds, as well. Although refinancing them alone did not meet the threshold of savings required by the board, when combined with the already accepted proposal of refinancing the 2001 bonds it created a substantial amount of savings.

“The savings is upwards of a million dollars,” said Leach. “Doing this deal was really a no-brainer.”

The only real challenge the university faces is an issue with time constraints.

“The only time we can refinance the bonds is on an interest payment date,” said Leach. “That is written into the terms of the bonds. We pay interest on July 1 and January 1.”

The university is looking to get the refinancing completed by the July interest payment. According to Leach, the university is on a good track to achieving this and is currently working with bond underwriters, financial advisors and bond attorneys.

Leach explained that the savings from the bond refinancing could only be used in Washburn’s debt retirement and construction fund. This means it cannot be used in academic programs or things of that nature. There has been talk of using the savings to purchase computer equipment.

The bonds will still be repaid on schedule. Leach stressed the idea that the refinancing is about saving the university more money, not making payments lower because of a financial difficulty within the university. The maturity date of the bonds is in 2023.

Washburn Board of Regents’ member Bob Storey explained how this benefits students.

“This will lower our interest rates and save money,” said Storey. “This will help to keep tuition down.”