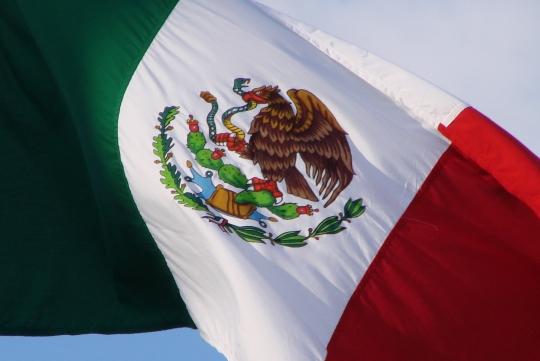 I feel the smoldering heat as I am let off by the bus at the carnival area with the sounds of festive rides and games being played by people of all ages humming in the background. The lights all are honoring the history of their Latin culture and the patrons all walking with good intentions as I start to stroll into the heart of everything. Oh, the beauty of Fiesta Mexicana.

Songs, dances, arts and crafts and vendors of all foods and drinks line the streets. It’s the 77th annual gathering that brings people together and brings funds towards Our Lady of Guadalupe Church. And now in attending multiple times, I have realized the importance of this event.

Not only does this allow a display of a culture, this allows for something people can look forward to yearly. To think it has been going on since 1933 truly shows its significance. I was able to view an art gallery that was in the Our Lady of Guadalupe gymnasium. The pieces for sale displayed a plethora of subjects and all of them were very impressive. Prices ranged anywhere from $300-$2,500 but for what they displayed, I could see it being worth it to many.

Students from the school also had the opportunity to display their pieces. Ages ranged from 8-11 years-old and I was absolutely astounded by the artistic skill of some of the pieces. All surrounded the Latin culture but each put their own spin on what they wanted their drawing to represent. I could not draw even half of their renditions at my age of 20.

But outside, just in general, the environment was just cheerful. There were bands playing assortments of music, many with dancing as well, in three locations I witnessed in my Saturday night’s attending and each brought their own unique presentation. Pride and freedom was shown in each routine. Even if you wanted to do something else meanwhile, the National Guard was present with a mechanical bull to ride. There was jewelry and clothing for sale, some of which was made by those selling it. Children also had the opportunity for face painting, games, and rides that were suited for them especially.

And the food, how I could I forget it? Everything just even in scent was just mouth-watering, from the burritos, sanchos, and enchiladas but also to the funnel cakes and corn dogs. I couldn’t help but want all of it. It was not only available at large vendors but also small vendors, selling their home-cooked food. This is one place you felt you were getting authentic meals.

Even with the frustration of seeing individuals lose at carnival games, testing their luck at basketball goals that were obviously not regulation height or size as the sign proclaimed, it was satisfying to walk through a scene with so much energy. As it progressed, being the last night of the fiesta, lines got steadily longer.

Seeing people for at least one week unable to say “there’s nothing to do in Topeka” was a nice sentiment. And when it’s for such a great cause and tradition, how can you argue? Of course, there was a scent of throw-up in places, some fiesta goers were obviously a little too rowdy, and the weather was toasty, but that does not take away from the event. For only being once a year, this is a week the entire city can embrace and the Latin culture can be proud of. What’s not to like?

If you did not attend this year, make plans to next year. You won’t regret it. There’s at least something to do that will catch your fancy. I guarantee it. Just make sure you bring a fan and maybe some sunscreen. You’ll probably need it. It is the middle of July, you know.