‘Toy Story 3’ has a friend in reviewer 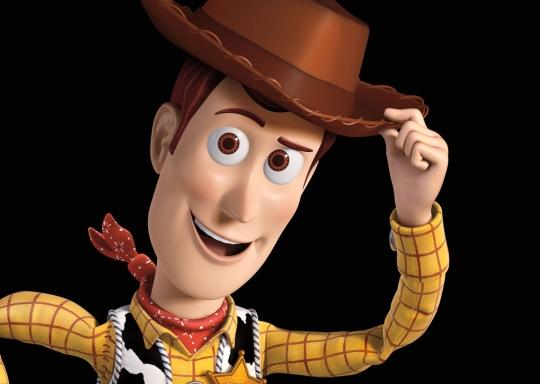 Browsing through the summer’s list of movies, “Toy Story 3” seemed like the perfect choice to see with my 3-year-old nephew¾ especially since half of his comprehensible vocabulary is made of movie quotes from “Star Wars,” “Aladdin,” “Cars” and “Toy Story.”

Disney/Pixar movies are almost always successful, and although nothing can replace Disney’s “Robin Hood” with fuzzy forest creatures in my heart, even a die-hard hand-drawn animation fan can admit that movies such as “Toy Story,” “Cars” and “Finding Nemo” are quickly becoming modern classics. However, the last Disney/Pixar movie that I watched, “UP,” created a bit of inner turmoil. I felt that the company was reaching a bit past their target audience, and the sadness inspired by the lonely old widower and his fatherless young companion was a little (perhaps a lot) over the heads of many shorter viewers.

But I went to “Toy Story 3” with no reservations save that the theatre only had it available in 3D. As I had feared, within the first 20 minutes of the movie, most children in the audience under 5 had their glasses off and were watching the screen in all of its fuzzy Toy glory, but they didn’t miss a whole lot. Unfortunately, the first movie I watched in 3D was James Cameron’s “Avatar,” and “Toy Story 3” did not live up to that quality. Don’t get me wrong, it was neat, but they didn’t DO much with it. Mr. Potato Head didn’t throw his parts at the audience, Rex’s tail didn’t whip out and Buzz never “fell with style” above our heads. So nothing will really be lost when the movie is released in cheap theaters in its 2D format.

My nephew had a good time, and I’m sure my sister will be overjoyed at his asking to watch it every day for the sjx months it will take to come out on DVD. I had a good time, too, but whereas he sat on the edge of my seat in youthful anticipation, I cowered with my teary eyes buried between his shoulder blades for half the movie.

The plot focuses on the toys’ experiences when they are donated to a day care as their owner Andy prepares for college. From being held prisoner by a psychotic huggable bear to being seconds away from incineration in a waste plant, the toys are quite busy enough to keep the attention of their young audience. But the more serious tones of the movie are a lot heavier than in other Disney/Pixar movies. “Toy Story 3” is more like “UP” in that a large part of the plot focuses on the choices Andy has to make when he puts away childish things in order to grow up. As part of the original “Toy Story” generation (I was 5 when it came out), the grown-up decisions Andy makes, and the effects they have on his toys were oddly a little close to home. Even in the very beginning of the movie, they discuss how Bo Peep was sold at a garage sale. Thankfully, sad moments like this are balanced with comic dialogue such as Jesse’s insistence that she’ll be OK because “I know about Buzz’s Spanish mode,” or Barbie and Ken’s exchange of “I like your leg warmers.” “Nice ascot.”

So in review, I will watch “Toy Story 3” again (and again and again), but I’m still suspicious that it was targeted at the original “Toy Story” generation. Not that it has a limited audience, because it was clear that even the younger viewers caught the melancholic undertones of the movie when my nephew added a new phrase to his language.

“Momma, we not throw our toys away. Ever.”