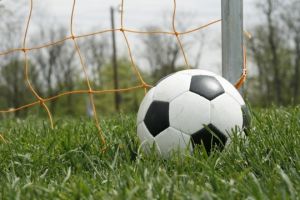 The Washburn Lady Blues were picked fourth in the MIAA preseason coaches poll which was released Aug. 5 by the MIAA. Washburn opens the season on Sept. 3 when they will travel to Austin, Texas to face St. Edward’s.

The Lady Blues finished the 2009 season with an 11-8-1 record and an 8-7-1 conference record finishing in fourth place in the MIAA standings. Washburn is looking to carry over the winning ways from the final three matches last season to the opening of the 2010 season as they will return 11 letterwinners and six starters including five who earned all-MIAA honors one season ago. The Lady Blues are also adding seven talented freshmen and an NCAA Division I transfer who will all compete for time as soon as camp opens in August.

Following the Lady Blues was Missouri Western in fifth with 31 points. Northwest Missouri finished sixth with 29 points followed by Southwest Baptist in seventh with 28, Missouri Southern at seventh with 14 points and Emporia State in ninth with nine total points.