Washburn football ranked No. 10 by AFCA 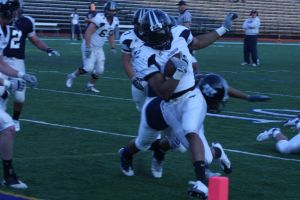 The Washburn University football team is the tenth best Division II team in the nation, according to the American Football Coaches Association.

The first AFCA Coaches Poll, released August 6, has MIAA-rival Northwest Missouri State, the defending national champion, ranked No. 1, receiving 22 of the 25 first place votes. The rest of the top 10 was rounded out by No. 2 Grand Valley State, No. 3 North Alabama, No. 4 Minnesota-Duluth, No. 5 Central Washington, No. 6 California (Pa.), No. 7 Abilene Christian, No. 8 West Liberty and No. 9 Carson-Newman. Abilene Christian will be the Ichabods’ first opponent at Yager Stadium this season in a 6 p.m. matchup on Sept. 4. The first game of the season for Washburn will be at 1 p.m. CST in Golden, Colo., as the Bods take on the Orediggers from Colorado School of Mines. The Orediggers received 27 votes.

Washburn will face No. 1 Northwest Missouri State at 1 p.m. on Oct. 23 for Homecoming at Yager Stadium. Other Top 25 matchups for the Ichabods include No. 15 Nebraska-Omaha (Oct. 9 in Topeka), No. 20 Missouri Western State (Sept. 18 in Topeka).