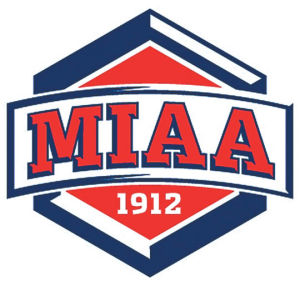 Conference expansion has been a popular topic this summer for the NCAA. While the Pac 16 never came to fruition, the trend toward expansion is still alive in Divison II.

The MIAA, officially expanding to 12 teams this year in every sport but football with the addition of Lincoln College, is looking to add a few more teams. The MIAA’s CEO Council decided in June to actively pursue a 16-team conference. In July, four more schools expressed interest in joining the conference—Central Oklahoma and Northeastern (Okla.) State from the 16-member Lone Star Conference, Nebraska-Kearney from the Rocky Mountain Athletic Conference and Lindenwood, Mo., an NAIA school from the Heart of America Athletic Conference.

On July 29, Central Oklahoma and Northeastern accepted invitations extended by the MIAA to join the league. Nebraska-Kearney got the go-ahead from its regents to officially seek membership in the MIAA, and will join if accepted. No official word has been given on Lindenwood, yet, although the Sioux City Journal reports that Lindenwood will join the MIAA in 2012.

“Everything that I hear is that it should be a go, so we’ll have those Oklahoma schools,” said Craig Schurig, Washburn head football coach. “I think it’s a good thing. It adds to the conference, obviously, with some new schools adding excitement to it. You just never know what can happen to a conference. You saw that with the Big 12.”

Schurig expected the changes to happen within a two-year timeframe if things go through as planned.

“You see some schools like the Big 12 where they were able to do it in one year, and Nebraska already leaving in ‘11,” said Schurig. “I believe we would ‘12, but there’s no telling if someone were to jump ship. Right now, 2012 is my best guess.”

Lincoln University will join the MIAA in football in 2011, cutting Washburn’s non-conference schedule to one game, although Schurig said they have yet to schedule a non-conference game for next fall. With a bye week in the seventh week of the season, Schurig said it would be tough to fill the non-conference slot. Ultimately, he said Washburn may only play 10 games next season.

“[Lincoln will] be in our schedule next year, and that’s why we won’t be able to do the Colorado Mines game anymore, because Lincoln comes in and it rotates our schedule,” said Schurig. “Our first game next year will be a conference game.”

If the other two schools were to join the MIAA, the membership count would jump to 16 schools by 2013 (Southwest Baptist doesn’t resume MIAA football affiliation until 2013), which would almost certainly require the conference to separate into divisions. Even with 14 teams, divisions are still a possibility.

“That’d be kind of neat, an East-West [format] with crossover games, that’d be pretty cool,” said Schurig. “Hopefully we’d make it where you don’t really have any non-conference games to play, maybe Kearney comes in.”

With the possibility of the MIAA essentially becoming a super conference, it is unclear how the NCAA would react as far as regional alignment in the NCAA playoffs. At the end of last season, three Lone Star Conference teams made the playoffs in the Super Regional Four, while only one MIAA team (Northwest Missouri State, 11-0, MIAA champion) made the playoffs in the same region. Abilene Christian, the No. 6 seed in the Super Regional Four and final team to qualify for the playoffs, had an 8-3 record. MIAA schools Washburn, Missouri Western and Central Missouri had the same record but were not chosen by the committee. With the MIAA’s sudden growth spurt, the conference may be put into a different region for playoffs.

“I’m not sure how that will work, there’ll probably be some sort of realignment,” said Schurig. “It definitely seems like our region is pretty loaded, but it’ll be interesting to see what happens with realignment. Conferences change so fast.”