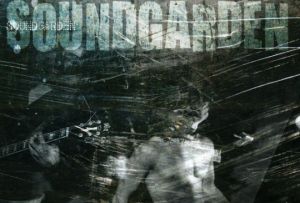 After a 17-year absence, Soundgarden has returned with the new single, “Black Rain.” It made its debut on August 24.

The new single ushers the return, some would say rebirth, of one of Seattle’s premiere voices. After the band’s less than amicable split in 1997, singer Chris Cornell embarked on a solo career, ranging from the beautiful “Euphoria Morning” in 1999 to the pathetic “Scream” in 2009. During that time, he also spent time with members of Rage Against the Machine as the band Audioslave.

During their time away, drummer Matt Cameron has worked behind the kit for Pearl Jam. He has also done some session work with bands like Smashing Pumpkins. Guitarist Kim Thayill and bass player Ben Shepherd, on the other hand, have both kept relatively low profiles. Other than guest appearances on a few albums, Thayill and Shepherd have largely removed themselves from the lofty altitudes of rock stardom they once flew through.

Soundgarden has returned. Leading up to the release of the new single, the band played three gigs, including as one of the headliners of this year’s Lollapalooza festival.

According to Soundgarden’s official website, www. soundgardenworld.com, “Black Rain” will be part of a new best of album, “Telephantasm.” The album is available on Sept. 28, and is an outtake from sessions recording 1991’s “Badmotorfinger.”

The song itself is almost what you’d call stereotypical “grunge,” and the newly recorded vocals mesh almost seamlessly with those from 1991. Lyrically obtuse, the song speaks perhaps of lost love and missed opportunities. Here is a sample of lyrics from the song:

“You can’t stutter when you’re talking with your eyes/ By cutting out your tongue, you save face /Feeding on the blood that’s running from a black day/ Cry on black rain.”

According to posts on the band’s official forum, the song may have been an original template for 1994’s “Fell on Black Days.” The band was known to try out different lyrics to different music, and “Black Rain’s” chorus of  “Cry on black rain” matches up very well to the rhythm of “fell on black days”. The chorus does sound like it was re-recorded much later than 1991. While this is a trick many bands have used over the years for “greatest hits” records, it’s still refreshing to hear Cornell’s trademark scream on the radio again.

“Black Rain” offers up a taste of things to come from the reunion of one of the originators of the Seattle sound.