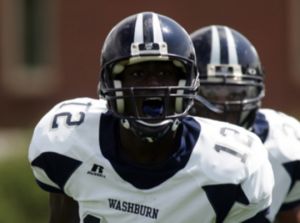 Desir was named first team all-MIAA after leading the conference with seven interceptions and 13 passes defended and seventh in forced fumbles in his first season on the field as a redshirt freshman and also received second team All-American honors from the Football Gazette and d2football.com. He finished the season with 33 total tackles and 25 solo stops adding a fumble recovery and returned his first career interception 38 yards for a touchdown against Colorado Mines. He averaged 29.4 yards per kickoff return on 10 attempts including a 73 yard return against Pittsburg State while being named the Ichabods’ defensive player of the game three times.

The Ichabods open the season this Saturday at Colorado Mines.