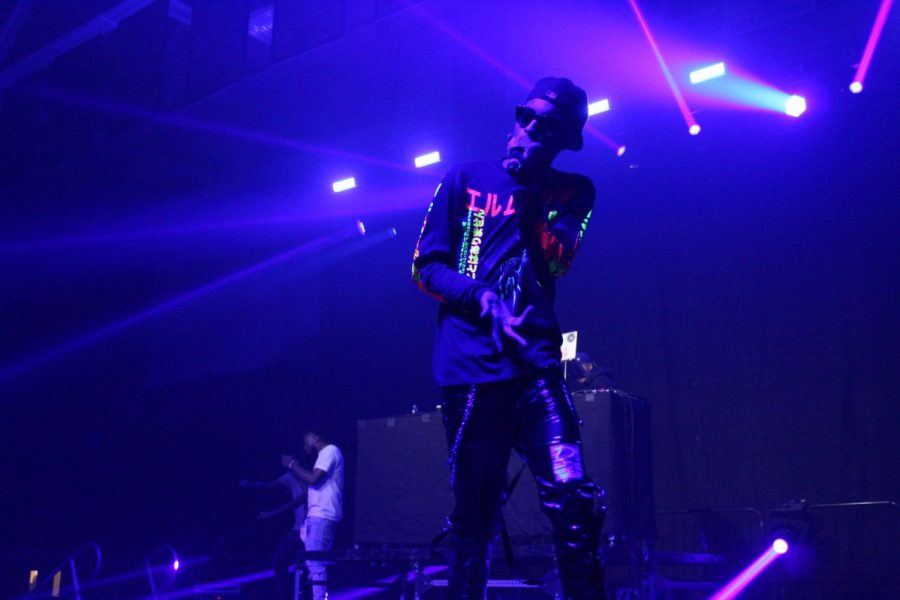 WUStock is an affordable concert event on campus sponsored by Campus Activities Board and WSGA every two years as a night of entertainment for students.

This year, the main act was Kid Ink. He was preceded by Rory Fresco who is a rap artist from the Kansas City area. Both artists delivered a show that the students in attendance loved.

There were roughly 200 students in attendance for the electric show, which started at 7 p.m. Sunday, Oct. 6. For Washburn University students this concert was only $5 to attend. The show lasted two hours. Students were appreciative  to have a long-lasting show for such a low price.

While this show was open to the public for an additional price, the WUStock directors released a statement early Sunday simply noting that this show wouldn’t be a “Family Friendly Show.” This message follows the well known controversy of the Snoop Dog performance put on by Kansas University.

A student co-director of the WUStock show, Kim Korber, addressed the issue of genre and song content of the artists brought to campus.

“We did everything we could to tell people that ‘Hey this isn’t a family friendly show’, you know what you signed up for make sure you don’t bring kids to this. I honestly don’t think we will have any problems,” said Korber.

No one in attendance seemed to have any problems with the curse words or the subject matter. A lot of students in attendance had a great time.

Event volunteer Raven Stroda was very excited about one of her favorite artists coming to campus.

For a lot of the students in attendance, their favorite Kid Ink songs tended to be “Show Me,” “Be Real” and “Money and the Power.”

Charles Dilliehunt III likes the idea of low priced tickets so students can afford to attend concerts and jokes that it better not impact his tuition.

“As long as my tuition doesn’t go up for it than that is perfectly fine,” said Dilliehunt III.

All in all, most students consider WUStock to have been an overwhelming success. Rory Fresco shared some new music with the students that they seemed to love. Kid Ink killed it and everyone left the concert happy.

“The event went so well. Honestly, I am so proud of everything everyone has done. It has been fantastic. We’ve had great volunteers help setup for the show, and we’ve had so many students who have showed up. Everyone looks like they are having a great time,” said Korber after the show.

Every WUStock year students get to vote on who they would like to see come to campus. This is an event made by and for the students here at Washburn University.