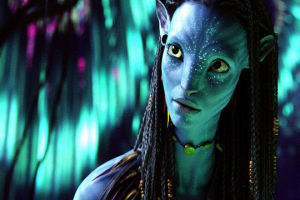 As I scanned over the new releases in search of my next review I saw something that looked a little too familiar.

“Avatar: Special Edition 3D” was to be released all of nine months after the original. Not twenty years, not even one year; children conceived when the movie premiered may not all even be born yet. More vexing still is that “Avatar” was already released on DVD this summer. Now if any other film had done this I would have assumed it was a foul ploy to make more money, but since “Avatar” has already made obscene amounts of money and since James Cameron is not the type to pull a stunt like this because of greed, I am simply stunned.

The special edition is approximately nine minutes longer than the original release, so that is nine minutes you did not see in the original 162. The ticket price for this is going to be eleven to thirteen dollars at most theaters, so you will essentially be paying more than a dollar per minute if you watch this as opposed to the six to eight cents per minute you would have paid at the first release.

I really wish I could say that was the worst news from James Cameron that I had heard recently. But apparently, Cameron also plans to re-release “Titanic” in 3D. There is no shame in crying. In an interview for Moviefone regarding “Titanic” Cameron explained his reasons.

“Look, I would’ve shot the film in 3D if I could’ve,” said Cameron.

A statement that rang hauntingly familiar to what George Lucas said when he re-released the special editions of the original “Star Wars” films. I do not think it was necessary when Lucas did it, but since it was a science fiction movie I could see some logic in the choice. “Titanic” takes place in 1912 and, aside from the actual ship, has almost no digital shots. Call me crazy, but I don’t see how watching Jack freeze to death is an experience greatly improved with the pieces of driftwood in the background looking like they are farther away in a slightly more convincing way than originally shot.

I will admit my bias against 3D; my bias against seeing movies in a drastically lower resolution than they normally would be, against charging more to see certain effects in a movie, and against cheapening any legitimate performance from an actor or actress by likening them to a dinosaur sprite on my old Windows 3.1 demo CD.

You may have noticed that when “Avatar” received its Oscars that the term “3D” was omitted. As popular as 3D is with many audiences, and as hard as “Avatar” worked to change it, the simple fact remains that 3D is a gimmick that discredits any legitimate achievement the film might have made. Do you know why “Avatar” broke the box office record held by “Titanic” so easily? Because it cost so much more to see. Maybe it still might have broken it in 2D, but it sure as hell would not have surpassed $2 billion.

I should not be surprised. Cameron is not the first great director to let this happen, just the most recent. Sooner or later it seems that every director who gets a reputation for making epics that please the crowds and critics alike eventually loses their passion for telling amazing stories in the flood of oversized budgets and glittering digital effects. There is still a faint hope that in the years between now and whenever the “Avatar” sequel is released Cameron will come to his senses and abort this orgy of obscenely overstimulating visuals and half-ass storytelling for the “entertainment news” industry before he turns into George Lucas and starts pumping out “Avatar” sequels and spinoffs like his life depends on it.

But what can movie lovers do, besides refusing to indulge Cameron’s twisted need to pervert his own creations? I wish I knew, but for now just send Christopher Nolan another fan letter thanking him for keeping this 3D fad the hell away from “Inception” and laugh loudly at the trailer for M. Night Shyamalan’s “Devil,” which I have seen before every movie I have gone to since August.