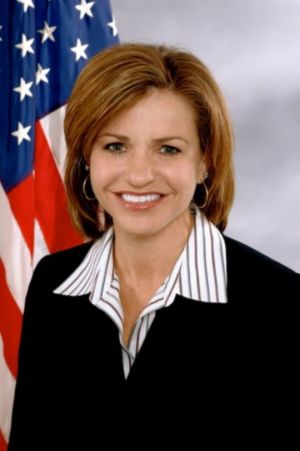 A Holton native, Jenkins is one of 17 women in all of Congress. Among a table of student republicans, she discussed the importance of youth involvement in politics. Jenkins also discussed the current downfall of our economy and said it is a responsibility for each generation to leave the country better than was found in order to provide a better life for future generations.

“I think it’s important that we engage young folks in politics,” said Jenkins. “When they walk out that front door, there is nothing that they see, feel, touch, or eat that isn’t affected by government.”

Health care has been an issue in the United States for quite some time. Students involved at the meeting asked about President Obama’s health care plan and Jenkins’ personal opinion on the topic.

“You make it affordable for every American,” said Jenkins. “Then you be the safety net for those who simply are unable to care for themselves.”

Jenkins continued to answer questions about worldly topics such as national debt and the war in Afghanistan. President Obama recently called off the war, according to many national news sources.  Because of its timeliness, the topic was heavily discussed.

“We could do great harm if we don’t give them assurance that we won’t leave the place in a bigger mess than we found it but just walking away too soon,” said Jenkins.  “I think we’re going to be there for awhile.”

In-state tuition has gone up, posing a problem for many students. One student discussed having to transfer and the problems student loan prices are causing. Although agreeing with the issue at hand, Jenkins had little else to say regarding the matter.

Jenkins encouraged students of the organization to get involved in the upcoming electoral events and encourage others on campus as well. With about 20 members signed up this year, College Republicans at Washburn are on a mission to recruit more Republican students, and indeed, become involved as much as possible.

“The best way to see a campaign is up close and personal,” added Jenkins.