Metroid receives perspective in “Other M” 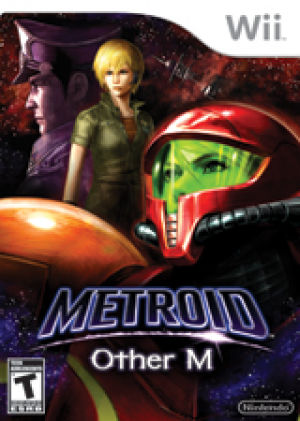 Samus returns in the Wii sequel to the 1994 classic, Super Metroid. The “Other M” story starts where its Super Nintendo predecessor left off, but this is not your typical Metroid.

No longer is Samus a mysterious figure wandering through a lonely and desolate alien world. Samus now has a past, present and future. She interacts with other characters, has a detailed face and a voice.

Although the addition of a story and character development adds depth to the series, it comes across somewhat disappointing. It humanizes Samus, removing the shroud of mystery and replacing it with extensive non-skippable cut-scenes and mediocre voice acting.

What sets this game apart from previous Metroid titles and nearly every other platformer in existence is its unique and exciting control system. With the turn of a wrist, the entire perspective changes, first and third person perspective can be used interchangeably, at will. This addition adds so much intensity and strategy to gameplay, creating a much more action based and varied experience.

Playing in third person perspective combined with classic elements such as exploration and rolling around in a ball, take you back to Metroid’s roots. Still “Other: M” remains cutting edge with its first-person shooter elements, and intuitive Wii controls.

“Metroid: Other M” was co-developed by Tecmo’s Team Ninja, creators of “Dead or Alive” and “Ninja Gaiden,” and it shows. Samus’ grab moves are reminiscent of Ninja Gaiden front man Hyabusa, stylish, smooth and acrobatic. Samus also has new dodge abilities adding yet another notch in the fluid, action-oriented gameplay.

Collectively the new and old elements combine to create an enjoyable playing experience for newcomers and veterans alike. Although there are a few aspects of the game that could be better, the controls, action and visuals make up for them, positioning “Metroid: Other M” as a must play for anyone who owns a Wii.

•    One of the best looking Wii games out there

What’s Not So Good:

•    Voice acting could be better