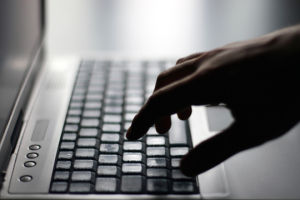 Washburn University students and faculty are now satisfied to know a much faster Internet system is powering the campus.

After hiring an outside consultant service last spring, it was determined that the Washburn Internet be updated to accommodate for increased usage. The Kansas Research and Education Network, has now replaced the previous vendors for internet service. The bandwidth has now increased from 60mbps between both WUPublic and Tsunami combined to a speed of 1gbps for the new WUPublic connection through KanREN. KanREN also operates for the Kansas Board of Regents schools, such as the University of Kansas and Kansas State University. The new Internet connection is now comparable to the speed proposed by the use of the Google Fiber Project.

Bob Stoller, assistant director for Information Systems and Services at Washburn, compared the Washburn internet to any other utility the campus needs.

“It’s just like the electric lights and the plumbing,” said Stoller. “It’s a utility. People need it and they need it to work in a responsive manner. Washburn offers more and more online classes. If you’re on campus, you have to go out over the Internet to access those things or if you’re off campus you need it to get in. You just don’t want something like this to be a trouble point.”

The response to the changes has been positive. The Washburn School of Law was the first area on campus to receive access to the new operating system and noticed an immediate difference.

“The law school building was the first one that moved over to the new system and immediately they were saying ‘oh, this is wonderful’ and were so excited about it,” said Stoller. “We’ve had very good response.”

Wes Lawrence, sophomore, has seen a few problems with the Internet cutting in and out in original usage, but has been satisfied with its performance the last week.

“I do notice that web pages have loaded faster,” said Lawrence. “Especially in using YouTube, I certainly notice that videos load faster. I don’t have the pausing and stutter play I used to have.”

While ISS has not had a direct response from student housing, the new operating system is able to allow for students to have complete access to the Internet and all downloads at all times, which is different from the previous vendors.

Reception was updated to include areas that had almost no access prior to changes.

According to Lawrence, he struggled with access in the basement of Mabee Library and Henderson at points last year. And in updating, Garvey, Henderson, Carnegie, and Mabee Library have all been given new wireless access points, which will now combine with the updated speed for a better all-around Internet capability at the university.

“Getting good signal strength has been made because of more access points in the ceiling and then, once that traffic reaches the access point, now it’s travelling over a wire so when it gets to the Internet, it’ll have a super highway traffic to run on instead of a Highway 75,” said Stoller.

The one-time cost for the design and construction of new wires, combined with the equipment needed for the new updates cost the university $26,186. The new operating system will only cost the university roughly $23,000 more per year, while giving them a 1667% increase in bandwidth.

The contract that ISS signs with KanREN will be on a yearly basis and will depend on the performance of the service. Stoller does not expect any complications with service and expects the company’s contract will be renewed yearly.