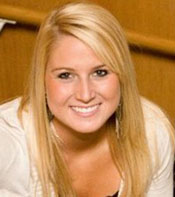 Even though meetings began last week for Washburn Student Government Association, goals for the year are already in mind.

WSGA resumes its weekly Wednesday duties this evening. The allocations, spirit, campus affairs, and communication committees all meet separately after a briefing between them all. Senate meetings between all WSGA members will take place the next week, which will be the pattern of meetings for the semester.

Caley Onek, WSGA President, knows that while it’s early in the year, each committee begins its planning for the year now, based off of the budget each of them has to work with. It’s hard to say what exactly they’re planning on working on for the year, but Onek has some ideas of what they’ll focus on. She wants students to also play a role in those decisions, but knows while they have proposals, none of them are definite. Nevertheless, committee members have hope for their ideas.

One of the ideas for the organization is Bodbox, which is similar to the Redbox concept that allows for individuals to rent movies out of a machine.

“As of right now, we’re setting up our committees for our lecture series,” said Onek. “We know we’ll have a speaker in the fall at some point. That’s a pretty big one right off the bat. Also, we’ll be working on the Bodbox idea we have, which is something we want to see.

“The Bod Screens are something we’re wanting also, where we’d have different TV’s around campus that do advertising for student groups. I think Vice President [Lucas] Mullin actually spoke with Dr. [Alan]Bearman [Dean of University Libraries] and we’re going to try to work with him to see if that may be a partnership we could help to form.”

“Those people will be coming on campus and we’re going to want students to meet them and ask them questions as well and be involved  in that process,” said Onek. “Those are two really big positions on our campus and that’s something I hope students get involved with.”

Committee meetings also begin for other organizations soon. Some WSGA members are also active in other prominent campus groups. Onek also was sure that this involvement will help WSGA know where to focus their attention for the year.

Much of the WSGA executive staff is either new or is switching from another position.

“We have five members returning from our executive staff from last year,” said Onek. “Everyone, except our public relations director, is changing position and that’s been a big adjustment for us. It is different responsibility. But we have some new faces this year, which I think will be great. I’m not worried though because the people that we do have I know have had experience with other leadership positions at Washburn.”