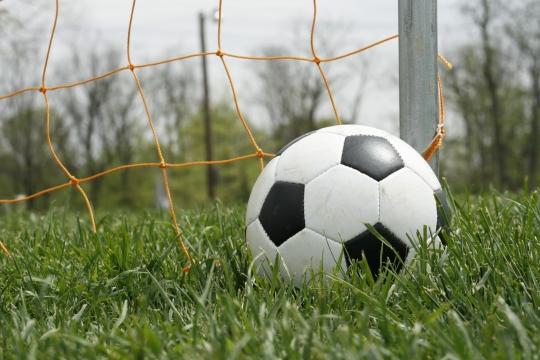 A soccer team can play well in a game and still lose. This was the case for the Lady Blues soccer team last weekend in Texas.

In the teams first game of the season against No. 15 St. Edward’s University in Austin, Texas, the Lady Blues fell in the first regular season game. Washburn kept the game close, despite giving up the early goal to the Hilltoppers. Kelly Servage, a junior for the Hilltoppers, scored on a penalty kick in the 12th minute of the game, after the referee gave Washburn a penalty in the goalie box.

Despite the loss, head coach Tim Collins thought there were many bright spots to look at and learn from. “We competed well. They are very good, very quick and strong. I though we defended well, and that we managed to create some problems versus them,” said Collins.

Throughout the rest of the game Washburn kept the game close but would manage only two shots on goal the rest of the game. Their best scoring opportunity came in the 38th minute when Stefanie Stuever took a shot from outside the goalie box and the Hilltoppers goal keeper made a clutch save.

“I think that for our first actual game, our team did pretty well. There are definitely things to work on, but there were sparks of great soccer as well,” said Jordan Shefte, senior defender. “I think one of our major problems was that we were very worked up for this game, and you could tell that we were playing hurried.”

Ashley Klone, the Lady Blues senior goalkeeper, made great save after great save to keep the team in the game. She totaled seven saves for the game. Washburn was out shot 12 to 2 in the game and the Hilltoppers also had a six to zero advantage in corner kicks. Generating more offense will be a goal of practice before the coming games.

“The first thing that we need to give attention to is our speed of play. We need to enhance our attack, managing only two shots isn’t going to get the job done,” said Collins. “We are built to be more exciting than what we showed in Texas.”

The Lady Blues had many standout players and Collins said he thought many of the freshmen had great games in their college debuts. Collins was quick to praise some of his players who played very well.

“Ashley Klone was brilliant, as was our back line. I though Stef Stuever and Lauren Henry were outstanding,” said Collins.

“Work ethic was definitely not lacking, and getting this game under our belt will help us prepare for success in the rest of the season,” said Shefte.