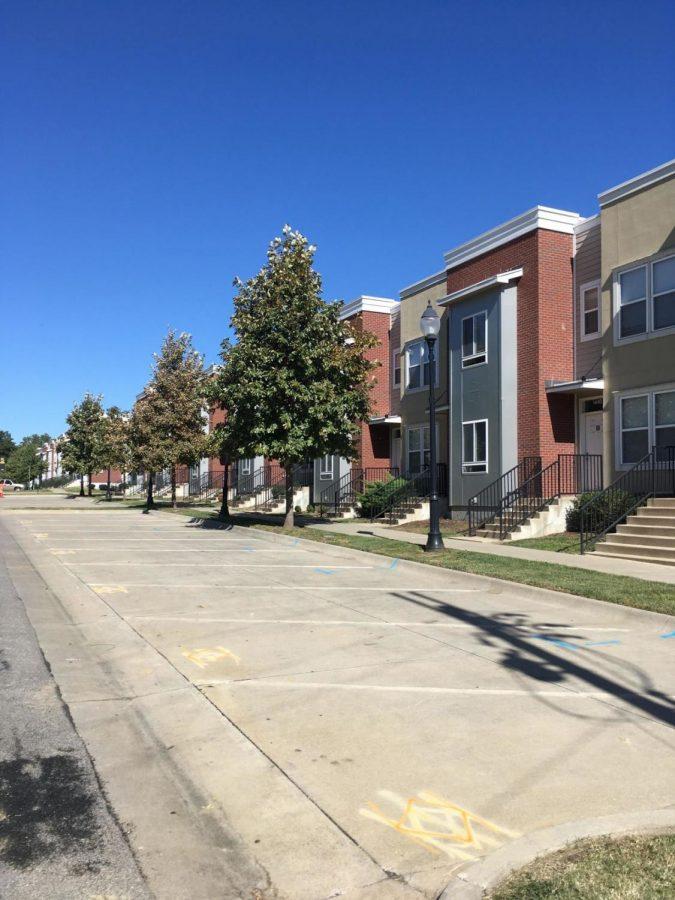 College Hill: The College Hill area is home to many students. Violence has been a concern for many residents.

The tragic events of April 28 when Washburn University Football player Dwane Simmons was fatally shot sparked talks and action across the community. Discussions began with Washburn University, WUPO, the Topeka Police department and Washburn Football. The College Hill area has been a point of concern for students and residents, getting a reputation as unsafe.

The College Hill zone, running down from Huntoon Street to the corner of Washburn Campus at the Kwik Shop, is marked by neighborhood scout as one of the most dangerous areas in Topeka. Quite a stark statistic considering Topeka is safer than only 3% of US Cities in term of violent crime (6.16 per 1000 residents) and property crime (51.86 per 1000).

Head Football Coach Craig Schurig, has made great efforts to collaborate with Washburn Police and Topeka Police to increase collaboration between students and law enforcement.

“It’s about forming trust and building relationships, I want you (Washburn Football players) to understand these officers are your friends and they are always there to support you and help you,” said Schurig.

His efforts appear not to be in vain. Officers from Campus Police, City Police and even county Sheriffs have been engaging with students to create trust and be a presence. Students are saying this is helping them to feel more comfortable in dealing with and approaching law enforcement.

“[Having] them around and just having some conversations helps you realize they are just regular people who want to keep people safe and serve the communities,” said sophomore, Ian Trap.

Contacts have been provided to some students and resources made available to Washburn Football players, furthering confidence for students to call on a familiar face if the time ever comes.

“We are continuing to strengthen our cooperation and collaboration with property managers and Topeka Police to better safeguard the students of this university who live in College Hill,” said Washburn University Police Chief Chris Enos.

Police presence has drastically increased in the college hill area which is beginning provide the largely student resident base with some hope that the days of violence and crime, near campus may be on the wane.

“Even as an international from a dangerous city, I often feel unsafe. But recently I have been seeing a lot more police in the area and they often wave and smile, which is helping me to be more comfortable,” said College Hill resident Lucas Martinez.

The safety of the neighborhoods surrounding campus is still a concern, especially the College Hill zone where so many students are residing. Discussions and operations however from various police departments show that the issue is being taken seriously. Substantial efforts from officers to connect with students also aims to build a network of trust and security whereby criminal activities around campus may be uprooted and driven out.