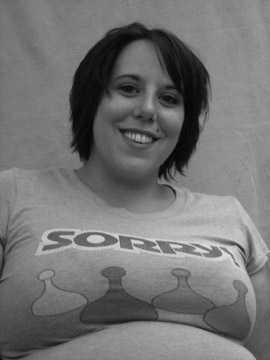 I am going to be updating my blog on Wednesdays and Fridays each week from now on. So look for new ones on these days, each week.

Sometimes it is hard to think of things to blog about. What is of interest to me may not interest others. But this topic is something that I think will interest and spark curiosity and differing opinions among many.

Stephen Hawking, respected scientist and author of “A Brief History of Time” and the newly released “The Grand Design,” made quite a few waves recently when he made public his opinion that God is unnecessary because of science.

Hawking has stated that the discovery in 1992 of a planet orbiting another star other than the sun helps deconstruct Isaac Newton’s theory that the universe could not have arisen out of chaos.

Christian organizations have come out and said that this is Hawking’s attempt at ‘hocking’ his book.

Hawking has also put out his opinion that space exploration by humans is still necessary despite our robotic technology. He also says that life on earth will end when the sun burns out, and that our only chance of continued existence will be creating colonies in space.

Some of the most fascinating, life changing information I have ever uncovered came from watching his television show “Into the Universe with Stephen Hawking.” It was actually after watching the episode on the history of everything that I became more comfortable with my own lack of belief in a god figure.  I find everything I learn about quantum physics, when it is broken down for me, to make sense to me. I have a feeling researching these topics will be a lifelong thing for me in my search for a greater understanding of the universe and the questions that arise from it. Here is a link to a clip from the episode “The Story of Everything;”

Not being a theist has been a very difficult decision for me to come to. I have struggled for years to have faith, attended many different churches, researched many religions and have never been able to attain it. Therefore I find this news to be comforting. The idea of nothingness is much more comforting to me than the idea that my lack of faith condemns me to a fiery pit or whatever Hell is.

The more I research, the more I see people saying that he has not really come out and said anything new. I found an excerpt of the book online.  I have not read his earlier books either, so I will just have to take the other people’s word for it.

The link is here:

[I cannot wait to read this new book. I am sure I will find time somewhere in between school, being an editor and the other curveballs life tends to throw from time to time. If nothing else, there is always Christmas break.]

Now in this excerpt, Hawking explains that before modern physics it was thought that all knowledge of the world could be obtained through observing what is going on around us. Now because of modern physics we know better.

He goes on to talk about how M-theory is the closest candidate for a theory of everything and that M-theory is not just one theory, but multiple theories that when put together produce an explanation.

Hawking explains that M-theory explains there are multiple universes and that few are like ours. Still, few means that there is more than one.

Hawking has also created a lot of buzz by saying that Alien life is possible and that we shouldn’t be in a hurry to interact with them. He believes more than likely they would be hostile.

He also explains that each universe could have many potential histories. This goes along with the idea that many theories could be used to explain the same phenomenon.

I found another excerpt here:

In this one, Hawking talks about the goldfish view of the world. He also talks about what it takes for a model to be good. He then talks about how no single model or theory can describe the entire universe.

He seems to say God is unnecessary, but so far I see nothing that out and out says that God is completely impossible.  At least, not God in the sense of a naturalistic view.

Now I am sure this may be offensive to some people who have faith, particularly in what Deists refer to as “revealed religions,” i.e. Christianity, Judaism, etc. Now, I want to say that I am tolerant of people who practice religion. I have no bad feelings towards people’s faith; I just don’t share that ability. I was reading a Deist site earlier and feel that before I can formulate an opinion on that idea, I need to do more research. However, I must say Thomas Paine was a deist and he was one of the greatest minds for philosophy in his day.

Washburn students have created an atheist club. I am in full support of this. I think one of the hardest things about living in the Bible belt when you are a non-participator in religion is the feeling of a lack of community, as well as the fear of offending those who do not share your beliefs.  I hope that this new group takes the time to read and have a discussion surrounding this book. I myself look forward to exploring these ideas further when the opportunity arises.